This is my mid-1980's British battlegroup, based on a core of a mechanized infantry platoon transported in FV432s, supported by 81mm mortars in FV432s, Milan ATGM firing posts transported by Landrover, an FV438, a Spartan MCT with Milan ATGM, a tracked Rapier ADS, FV439 signals vehicle, Chieftain troop and Lynx ATGM helicopter. 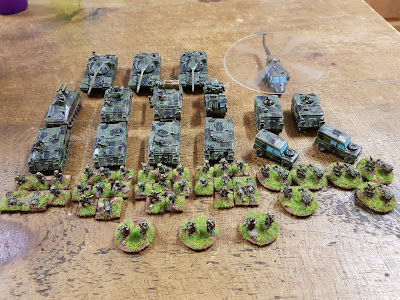 The core of the battlegroup, the mechanized infantry platoon.  These are Battlefront FV432s and infantry, three sections of 5 riflemen with Carl Gustav and 3 GPMG teams, with a command team of 6 riflemen, including a 2 man 60mm light mortar team. 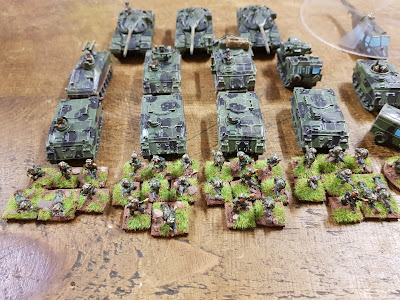 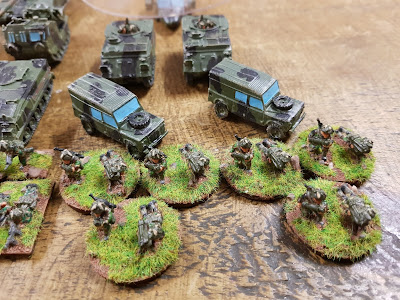 A better side on view of the BPM Landrovers. 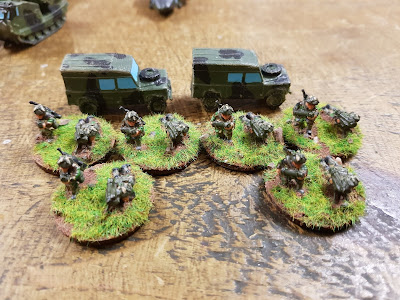 81mm mortars in FV432s, the vehicles are from BPM with spare crew from the Battlefront set.  The two figures on foot are observers from PSC (ex-Armies Army). 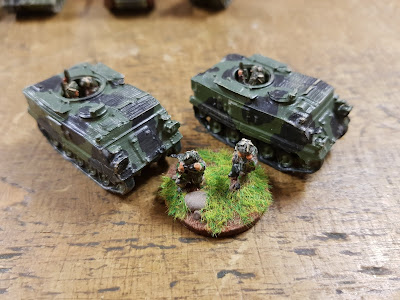 Some mechanized ATGM support in the form of a Spartan MCT with Milan (from PSC) and an FV428 with Swingfire ATGM (the 5th model from the Battlefront set).  Another of the observer teams to represent a dismounted observer targeting the FV438 Swingfires from a concealed position. 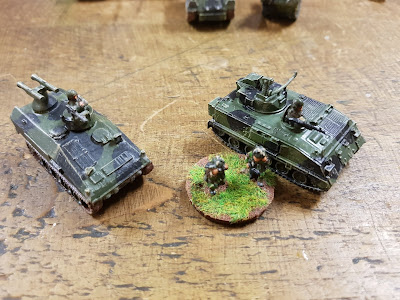 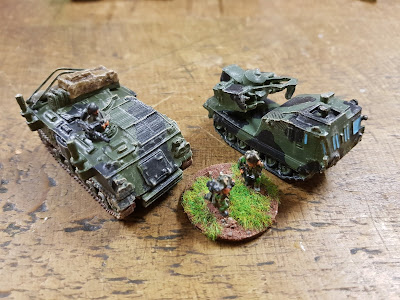 A Lynx ATGM helicopter armed with TOWs, another of the great value models from BPM. 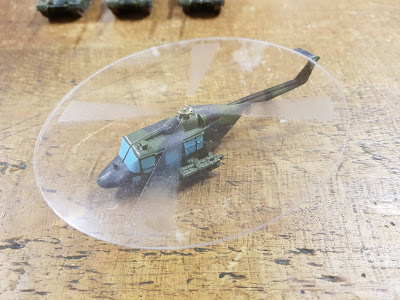 A troop of 3 Chieftains from the Battlefront set.  I still have 2 built but not painted, waiting in the "to do" pile. 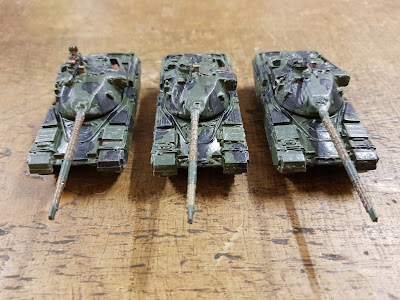 They look nice, but in their first engagement using the unofficial Battlegroup modern rules they were wiped out in a single round of shooting by T-72s. 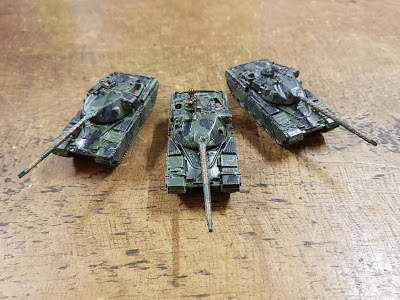 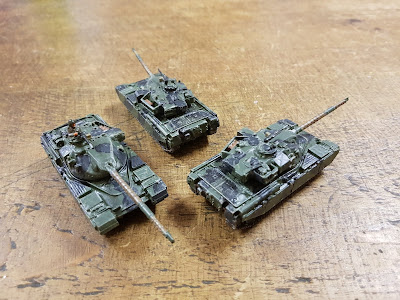 Still a few more bits to add, a pair of Scimitars and another of Scorpions, maybe some more infantry.

As ever, thanks for looking.
Posted by Andy Canham at 15:15 2 comments:

Having gone through my 20mm WW2 Germans, I thought I'd do the same thing for my Afrika Korps forces.  Most of the vehicles have been posted previously, but the infantry seem to have slipped through the net.

I have also realised that, although I thought I had done three platoons of infantry, in reality, only two have been completed.  I used a mixture of Airfix, Italeri and Caesar for the regular infantrymen and Britannia/Grubby for the specialists.  Each platoon comprises a 6 figure command squad with three 5 man rifle squads and 3 3 man MG34 teams.  At the front is a Horch command car with a 3 man command team as FHQ, flanked by two 3 man tripod MG34 teams and two PAK 36 AT guns with 3 man crew.  Behind the FHQ are two 2 man AT rifle teams and two 2 man light mortar teams, while at the very back are three 3 man 80mm mortar teams, a 2 man observer team and some spare teams with AT rifle, light mortar and tripod MG34 for the third platoon. 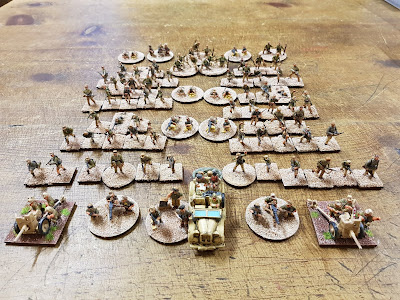 The Horch command car and FHQ in more detail - all from Britannia/Grubby. 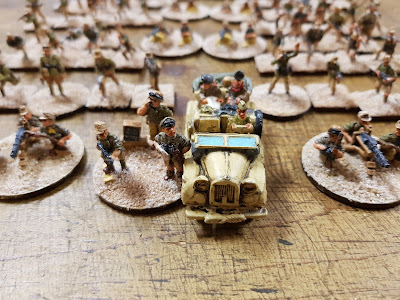 A PAK 36 and crew with a tripod MG34 and second platoon command squad in more detail. 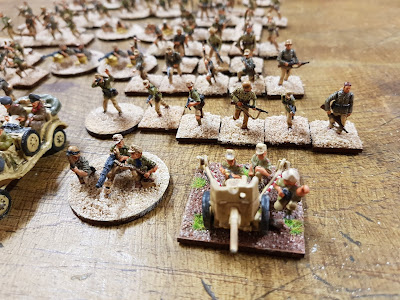 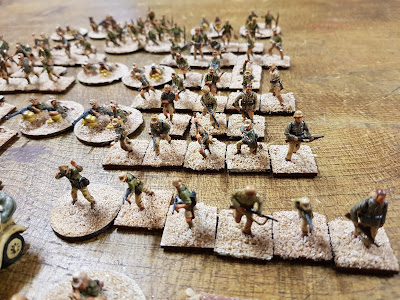 Supports for 1st Platoon, another Britannia/Grubby PAK 36 and tripod MG34. 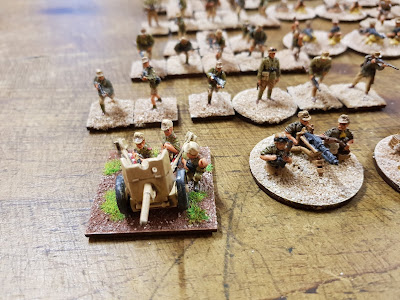 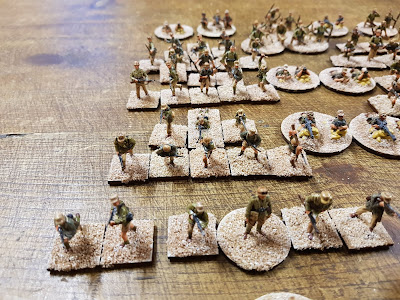 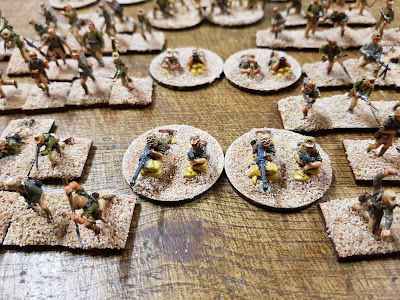 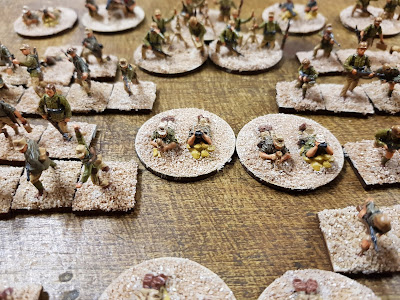 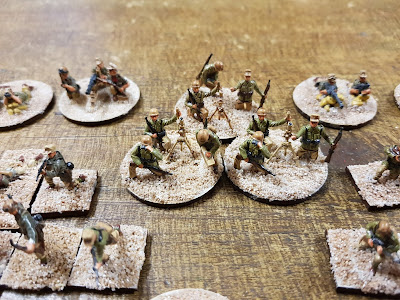 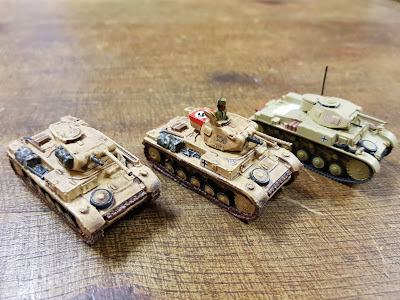 Early War Miniatures Jagdpanzer I and Befehlspanzer I command vehicle. 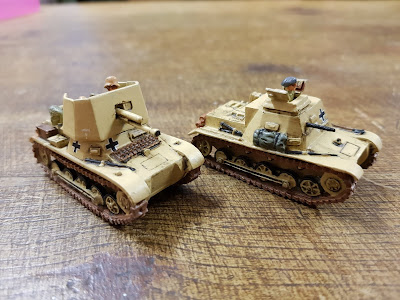 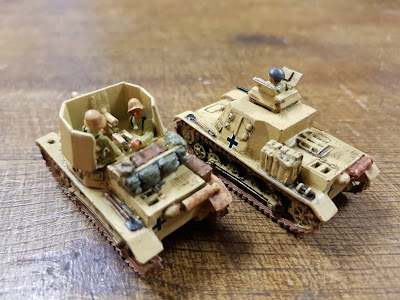 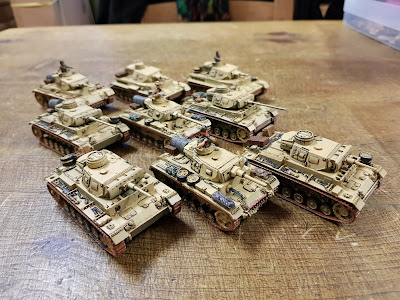 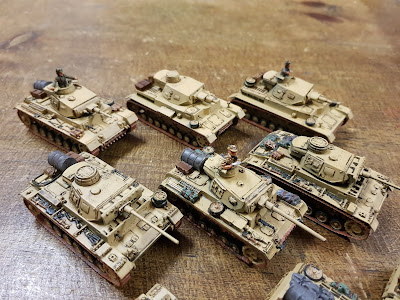 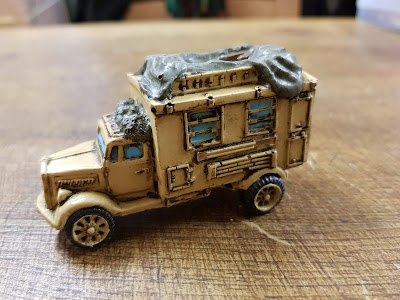 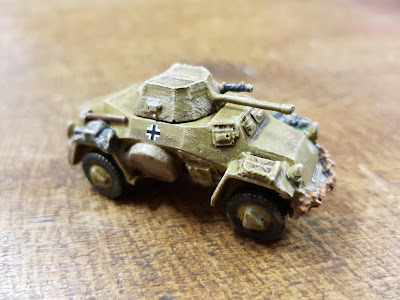 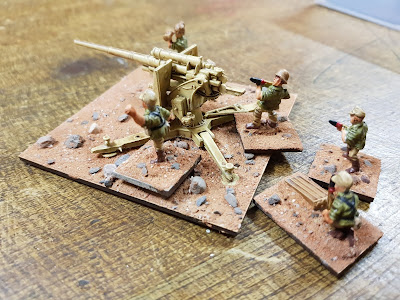 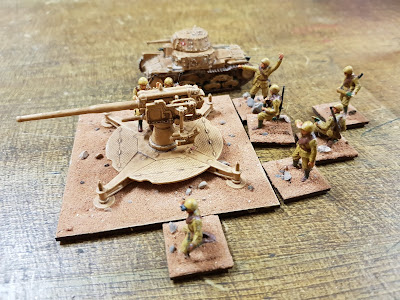 Finally, a stretcher bearer team, medic and sniper team, all from Britannia/Grubby. 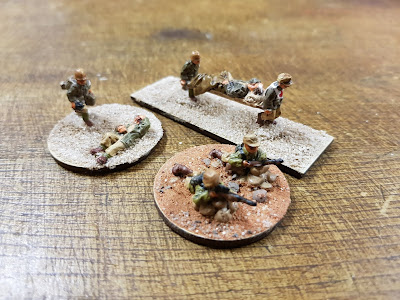 So, having reviewed what's completed, the most obvious is the missing 3rd Platoon infantry.  I've also got a section of Kradschutzen infantry on motor cycles and will need to do some suitable dismounts for them.  Then for Torch scenarios, I'm going to need some long barrelled Pz IV F2s.  I also have some plastic Italians, which will make up a platoon or so of infantry to act as supports for the DAK.

Thanks for looking.
Posted by Andy Canham at 20:35 1 comment: