Some 20mm US troops for WW2 - most of these were painted earlier this year, but I never got round to photographing them.

A pair of Ready 2 Roll softskins, the Dodge weapons carrier and a comms Jeep, both with crew from the Hat USA tank riders set, except for the two drivers and the radio operator in the Jeep, which came with the vehicles. 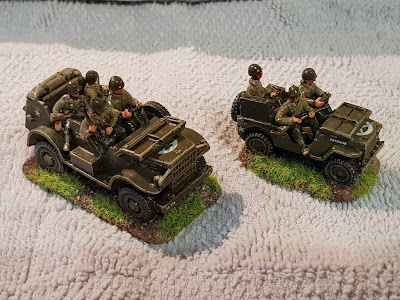 Viewed from the rear. 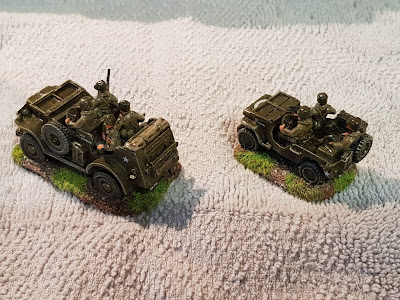 Converted turretless M5 recce vehicle with .50 cal.  Hull was a miscast from EWM at a show, tracks and crew were kindly donated by Will, weapons and stowage were from Sgts Mess. 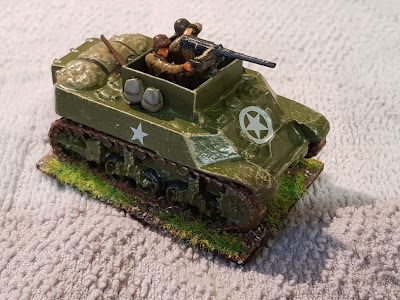 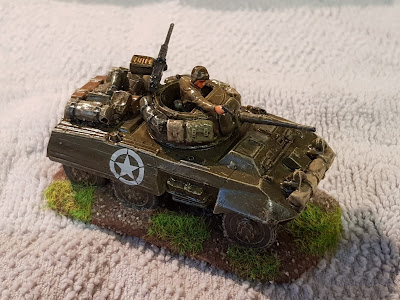 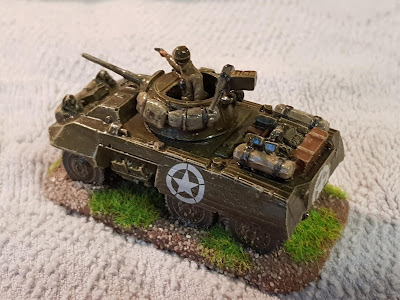 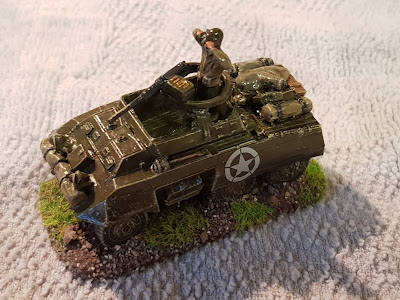 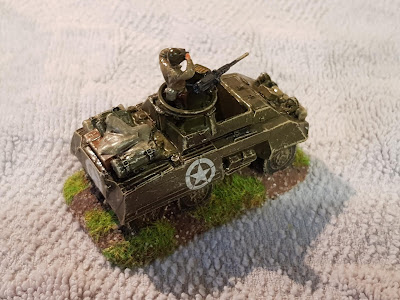 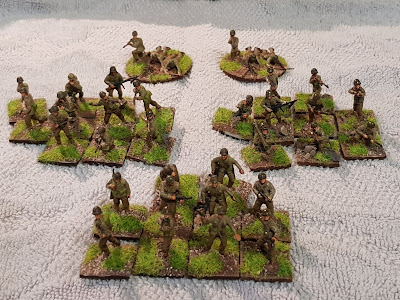 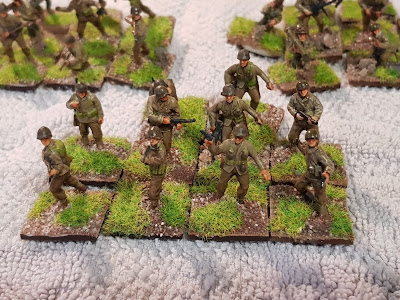 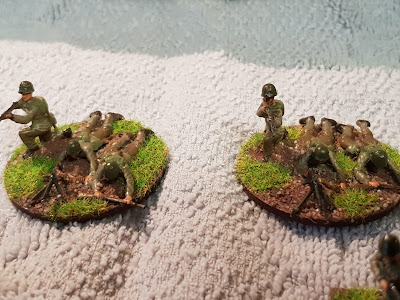 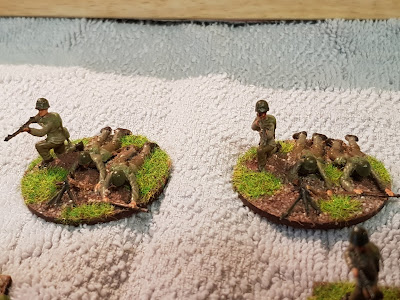 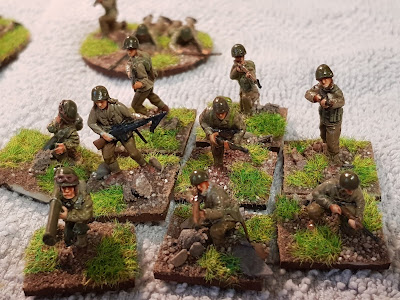 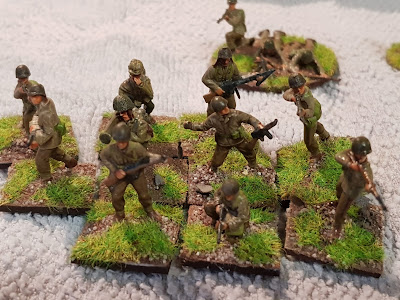 A pair of water-cooled MMG teams. 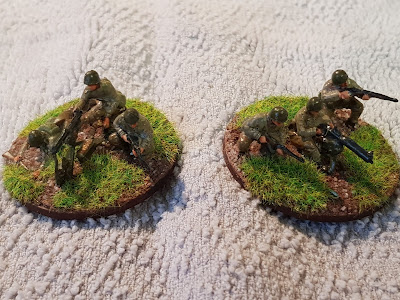 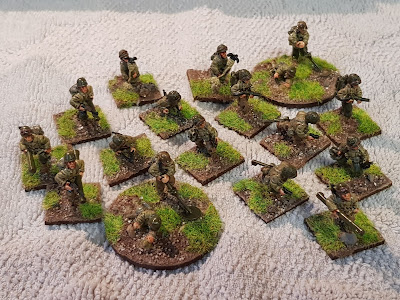 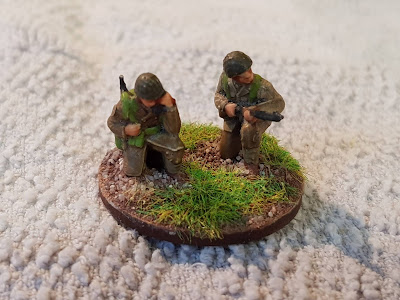 Medic with wounded and an improvised stretcher-bearer team, both from Britannia/Kelly's Heroes. 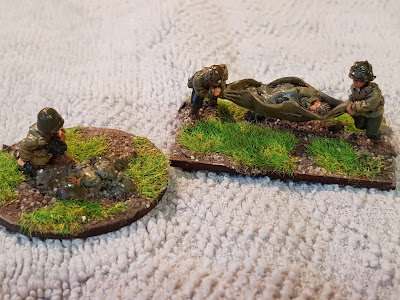 A pair of die-cast Pershings, picked up at various Bring n Buys. 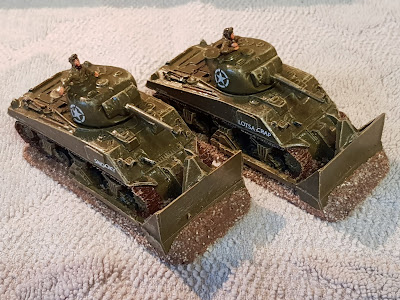 I've still got some Shermans to post pictures of, as well as more infantry, including some Italeri/Esci winter troops.  Next to work on will be some Britannia/Grubby AT guns and 105mm howitzers.

As ever, thanks for looking.
Posted by Andy Canham at 12:38 6 comments: