I have had several assembled Armorfast Crusader II tanks in the ready to paint stash for some time, so decided to give them some TLC and get them ready for the tabletop.  For the commanders vehicle, I had to score along the hatch closure with a craft knife to separate the two halves of the hatch and I used an old PSC commander, probably from a Sherman kit.
They are painted in a relatively late desert scheme of Iraqi sand with black-grey wavy hull and turret  bases, washed in Agrax Earthshade and dry-brushed Iraqi sand.  Decals are Skytrex and I-94. 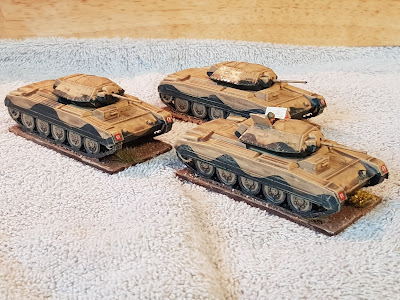 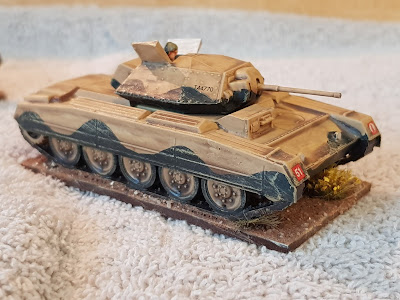 And a view of the rear deck. 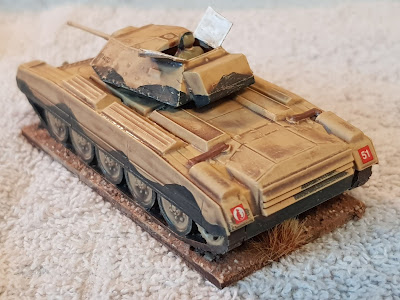 The troop (squadron for Rapid-Fire). 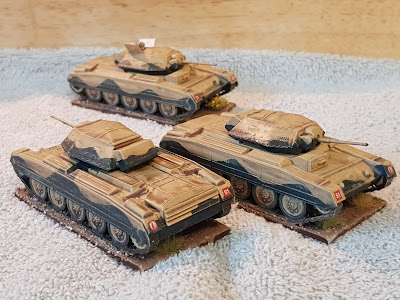 Then I worked up a few figures from the Orion set British WW2 tank crew in summer dress.  First up a resupply base, with a trooper passing a shell, another opening a 6pdr ammo case and a third trooper carrying a jerrycan of fuel. 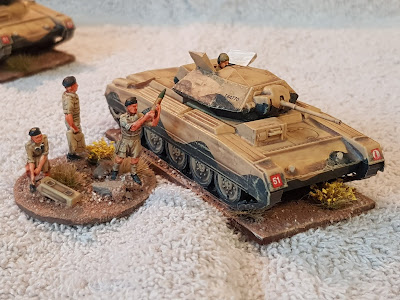 British tank crew are depicted in light shirt and shorts, so I went with Iraqi sand washed with Agrax Earthshade, belts and holsters in khaki, desert boots in black. 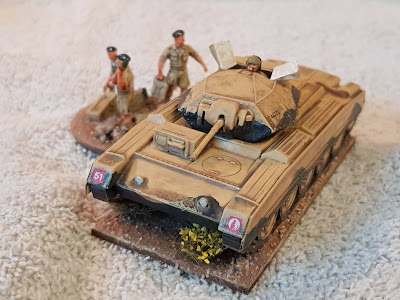 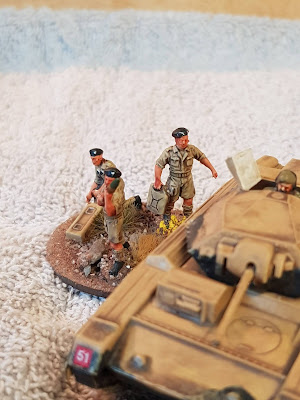 Dismounted tank crew, one sensibly running for his life, the other two trading shots, probably not a good idea, but nice figures. 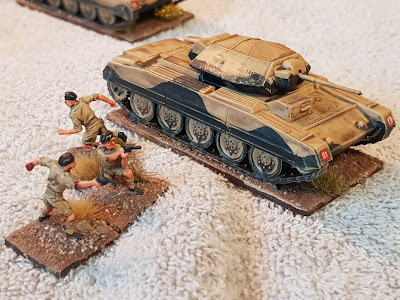 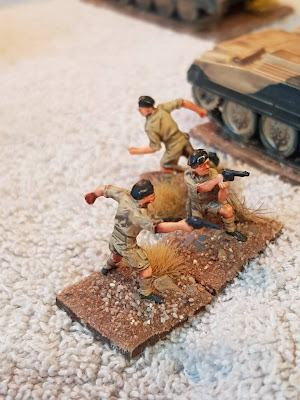 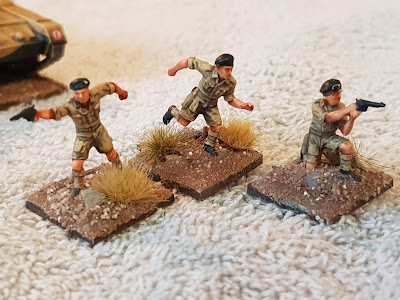 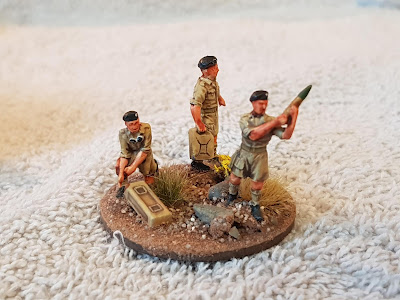 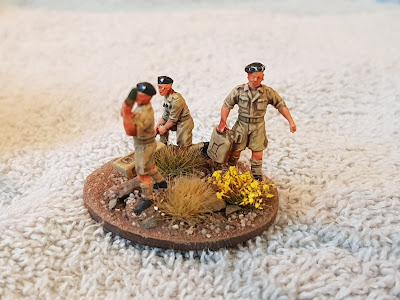 So, I still have another three Crusaders to paint up, plus some Valentines.  I think the next batch of Crusaders will need lots of stowage.
Thanks for looking.
Posted by Andy Canham at 16:14 5 comments: