In a strange twist of fate, I found myself, like a certain presidential figure yesterday afternoon, reviewing my former Soviet equipment.  This for me was ahead of a game in a week or so of Battlegroup Northag using some modified stats for US Army and Marine Corps taking on Soviet VDV and a Motor Rifle Division.  The need for some BMD-1s meant I was looking through various boxes of vehicles and figures.  Unlike my real world counterpart, I put them all back in their boxes and went off to cook some dinner.

The results - all my Soviet kit is aimed at generating forces for the 1980's Cold War, specifically around 1985, although a lot of older kit and some newer kit inevitably have crept in.

BTR-50s, mainly, for Soviet engineers and doubling up as Polish Topaz apcs for their marines, until I pick up enough of the new H&R models. 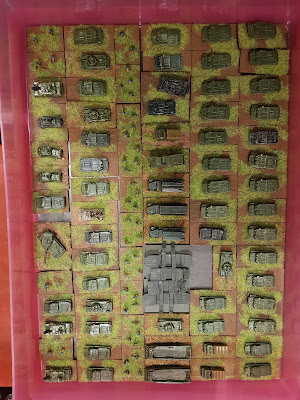 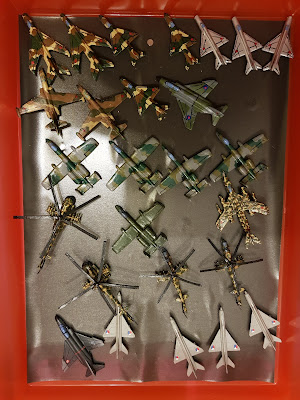 BMP-1s and infantry, plus some MRLs. 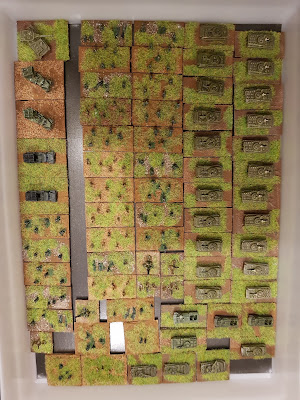 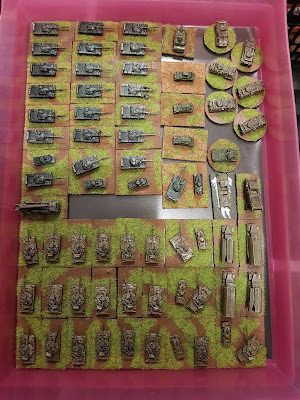 T-64s, BTR-50s and some VDV or Polish marine special forces. 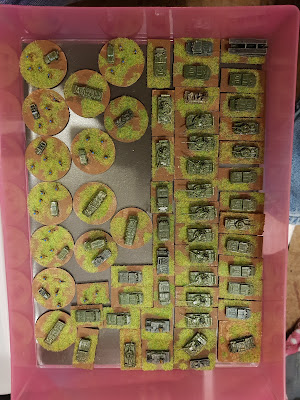 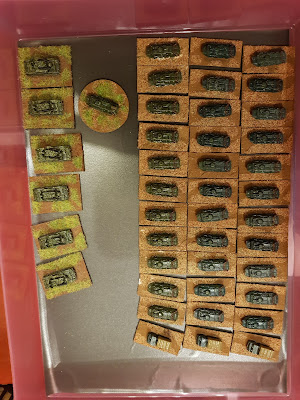 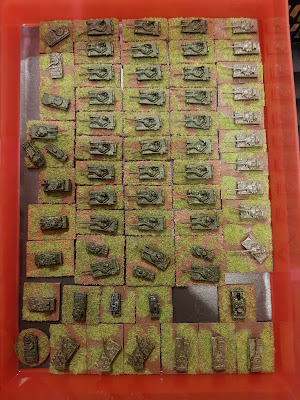 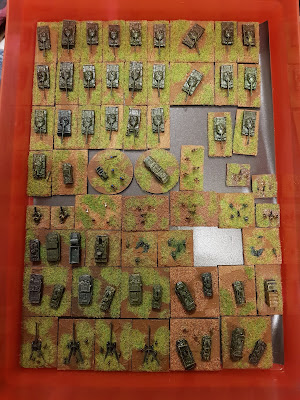 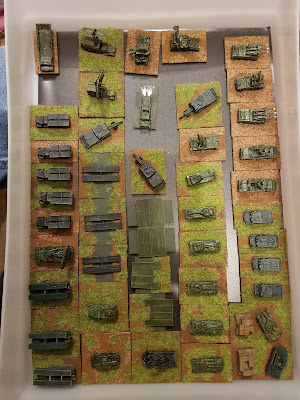 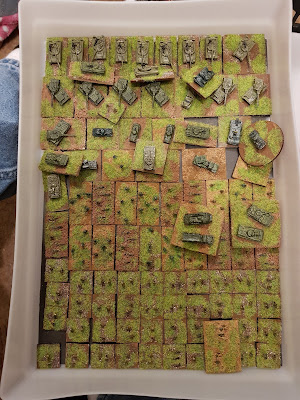 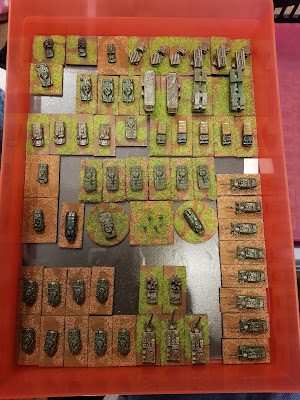 Now, when I've plucked up the courage, I shall have a look through the unpainted lead pile of shame, which I know contains a lot of Soviet kit, plus more Brits, West Germans and US equipment.  Then, of course, there's the new pile of 3d printed kit, which has again come to a temporary halt while I overcome the next challenge of resin curing on the LCD screen, although output up to last weekend has tripled the amount of unpainted resin I have waiting for attention.  I have made a start on painting some of the prints while I explore methods to get the resin off the screen.
As ever, thanks for looking.
Posted by Andy Canham at 12:39 10 comments: