Ready to Roll 21st Panzer vehicles suitable for the battle of Normandy, especially early German attempts to nip out the British landings on Sword Beach.  All are painted in Vallejo middlestone with a little Iraqi sand, with stripes of WW2 German field grey and a little refractive green alternating with stripes of armour brown with WW2 German camo mid-brown.  All washed with Agrax Earthshade and dry brushed with Iraqi sand.  Decals are from Skytrex.

A Somua Pioneer half track with light bridge mounted. 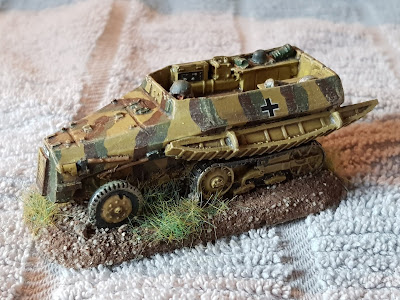 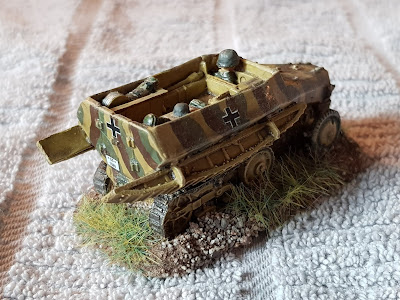 The SPW P107 command half track. 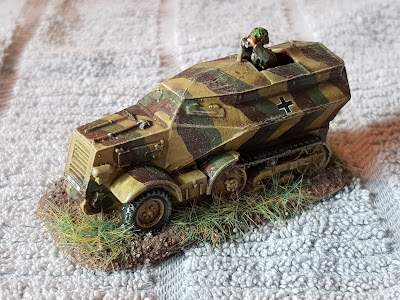 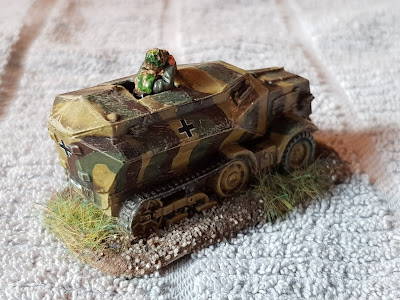 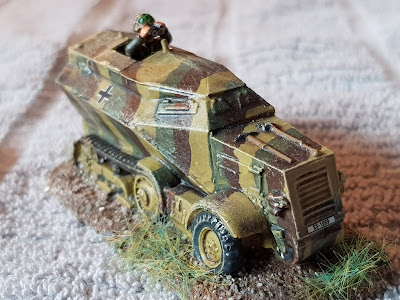 The Hotchkiss SP AT gun with PAK40 75mm AT gun and Grubby Britannia SS crewmen. 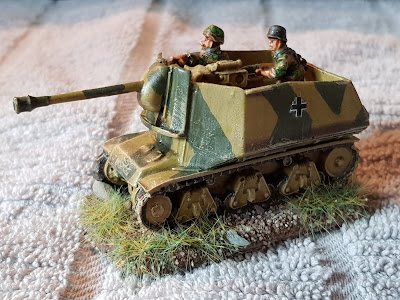 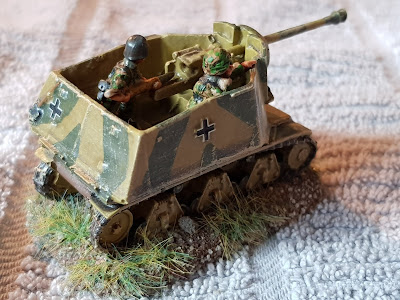 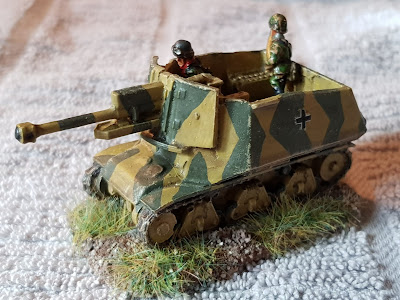 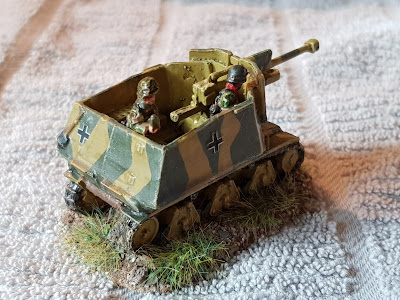 The pair of Hotchkiss vehicles. 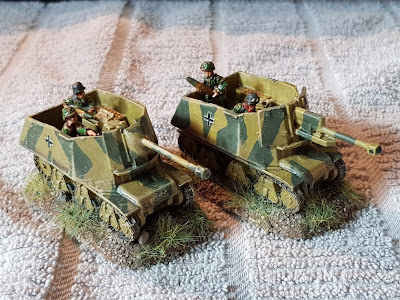 The Somua SP AT gun half track with 75mm PAK 40 AT gun and Grubby/Britannia DAK crew painted as late war SPG crew. 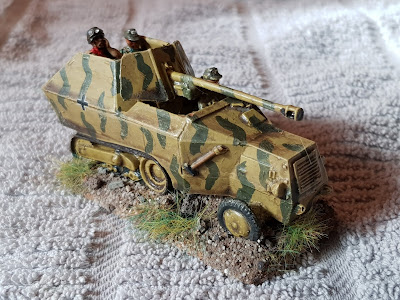 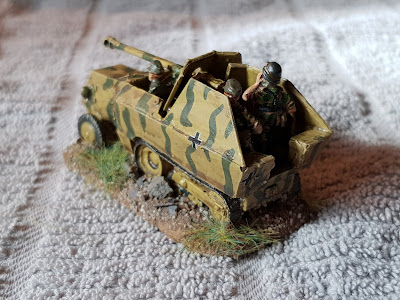 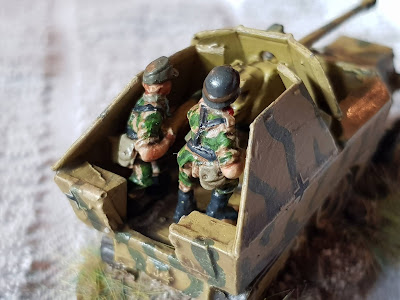 And from the front with their brightly coloured scarves/bandanas - a souvenir from an evening excursion to Caen or Rouen perhaps? 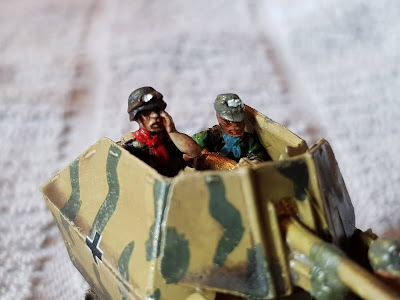 Still to come for 21st Panzer are more SPW P107 half track infantry carriers, commanders vehicle with PAK 36 and 20mm AA variant and longer term there are plans for more of Becker's "funnies" including the unarmoured half tracks, and multi-barreled mortars and rocket launchers.