I bought a pair of Airfix Cromwells on the Bring and buy at the last wargames show I attended, WMMS back in March 2020.  I assembled them over the Cristmas holidays and painted them up recently.  One was built with open hatches and a Matchbox figure used as a commander to provide the platoon command.  The Firefly is a diecast from Clive Dudley. 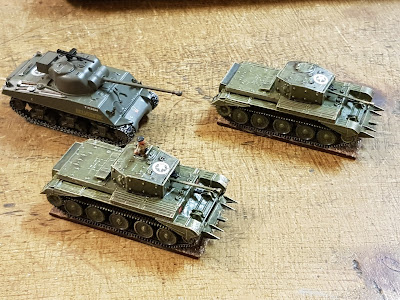 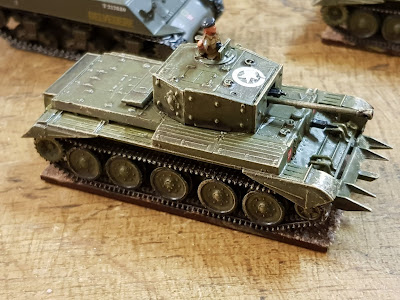 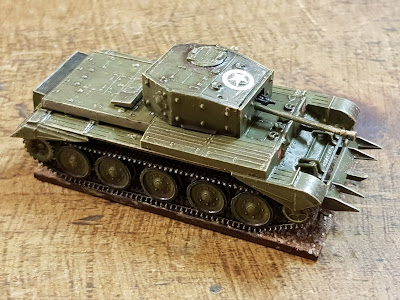 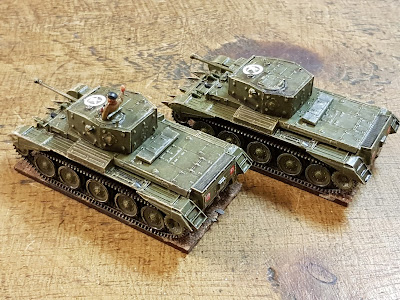 The troop.  I shall pick up a Challenger at some point to extend the life of the troop beyond Normandy for Arnhem and the battles for Germany. 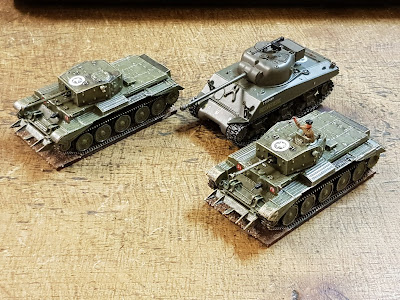 The Firefly - this chap has decals for 27th Armoured Brigade, so at some point I might change the decals on the Ready to roll version I completed last year and use this one for the brigade and the other to go with the Cromwells. 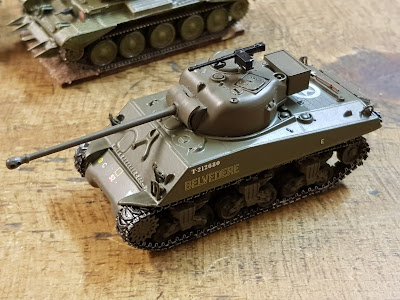 I still can't stress enough how great the Airfix Cromwell kit is to assemble.  Compared with lots of others on the market, it wins hands down, if nothing else for the really neat way the tracks are assembled.
As ever, thanks for looking.

Two completed vehicles for the Germans. 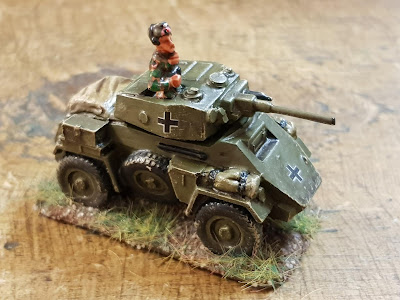 The original model comes with a cast resin British commander, which I had to grind off with a Dremmel, so I replaced him for a Raventhorpe tank commander figure with side cap and headphones. 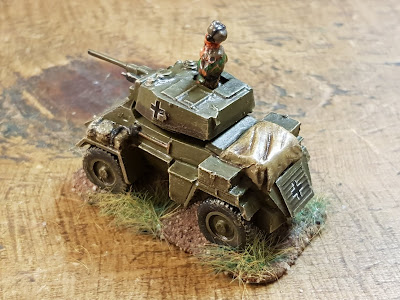 Artwork in the Rapid-Fire Market Garden book shows no markings other than loads of iron crosses, presumably to prevent friendly fire.  These decals are from Skytrex. 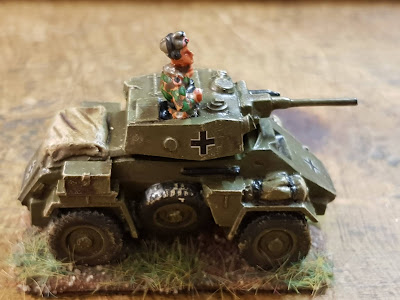 Slightly fuzzy detail of Grabner in the turret. 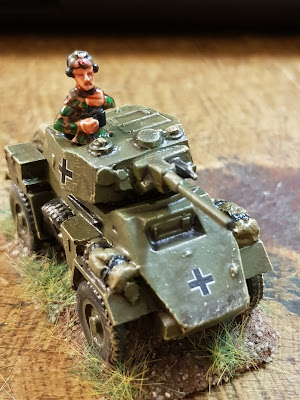 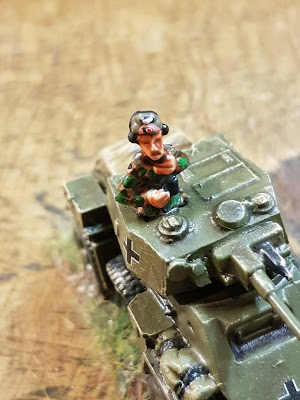 Then, the first of the World Armour Elefant tank destroyers, this one in dunkelgelb with sandy Rotbraun spots, best suited to the Eastern front. 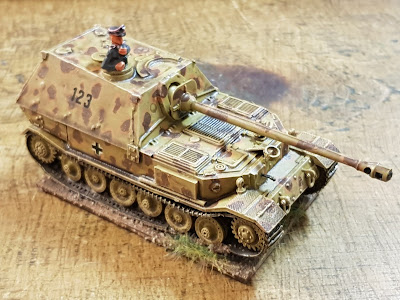 The command figure is again Raventhorpe, wearing an officers hat. 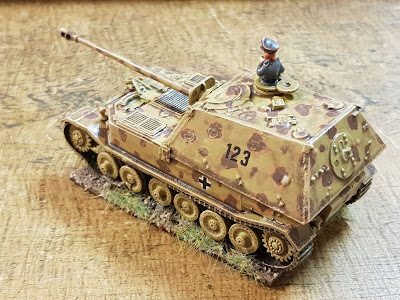 Decals came with the kit although there weren't enough Balkankreuz for the rear, which is from Skytrex. 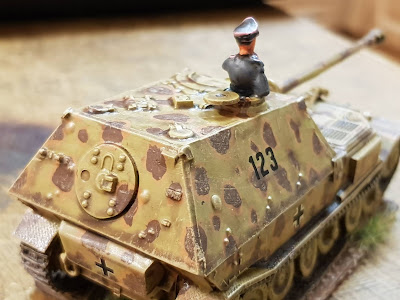 Propaganda shot of the big gun. 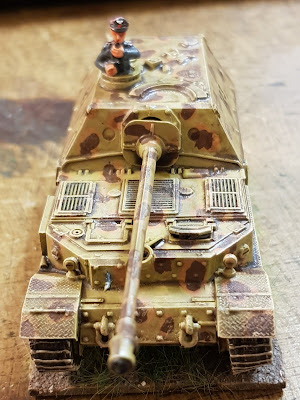 The commander in close up. 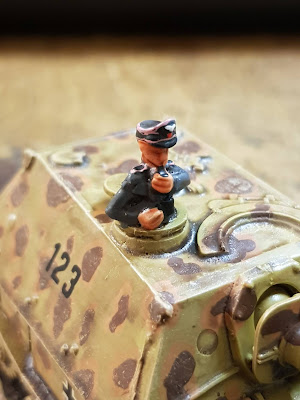 I like the way both models have turned out and they should hopefully be appearing on a table somewhere as soon as Covid restrictions are relaxed.