I've had these in the completed pile for some time, but needed to add magnetic bases to get them stored away.  Having done that, it was time for some photos.  These are from the recent Mars set and provide a selection of Fallschirmjager in padded winter clothing.  I've based them in the standard late war organisation with three rows of 5 man rifle groups (rear right) and three MG34 teams of three men rear left.  The front row is a command rifle section of 6 men including the CO, plus a 2 man panzershrek team (front left) with an old Airfix figure with arm in sling as a No 2 gunner. 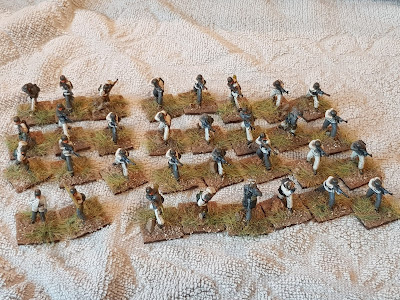 Most are painted in variations of white or mid-grey to reflect their winter patterns, with the off figure in a Luftwaffe camo smock of beige, green and brown. 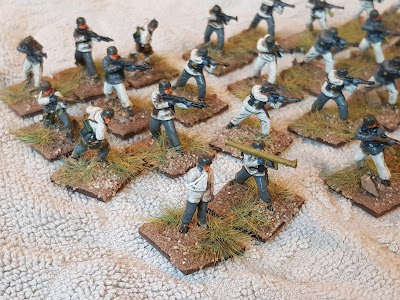 Close up of the CO and radio operator.  Odd pose with the pistol pointed into the air, perhaps he is signaling with a flare gun. 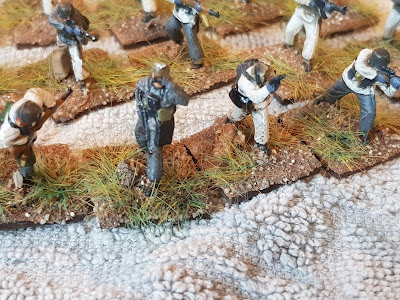 Each rifle and command section is also equipped with a panzerfaust for local AT defence. 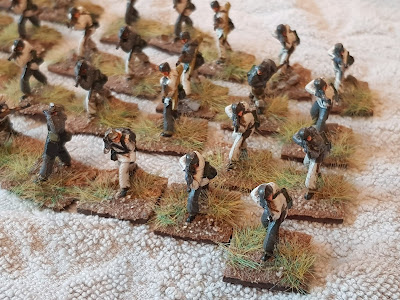 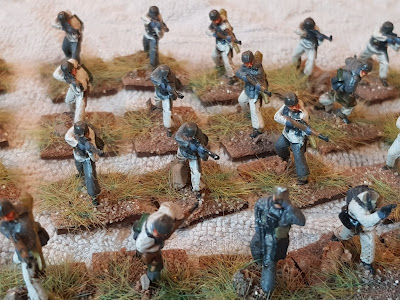 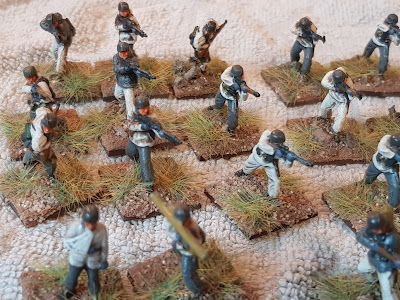 Quite nicely animated figures from Mars, with some annoying, but manageable pieces of flash, mainly close to faces and ankles.  The figures hunched and leaning into their shots look nice and lively, as does the figure leaning into a trot with rifle across his hips.

I picked up a little bag of SHQ figures from the tabletop sale at Penkridge back in August.  Four supply carts and 4 2 man crews.  Two were standard supply carts, while the others were supplied with models of lieutenant colonel Benjamin Vandervoort - not sure what I'll do with the spare Vandervoort.  The cart crews include a standard US infantryman, but I've painted him up as a paratrooper - he just hasn't bothered to camo up his helmet and add some skrim. 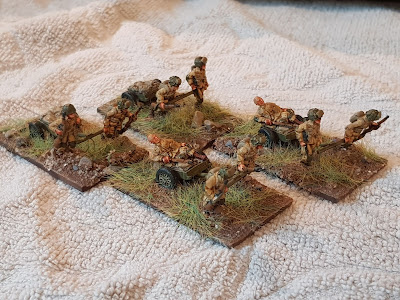 For D-day, these guys are painted in green ochre, with added US dark green reinforcing patches on knees and elbows.  Webbing and equipment is German camo beige, while helmets and carts are brown violet.  Weapons and wheels are black grey.
Vandervoort carts. 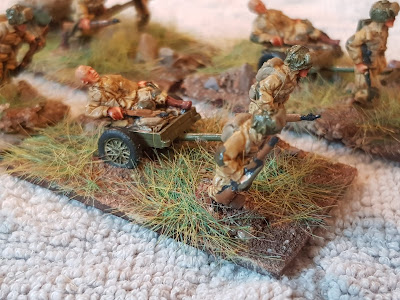 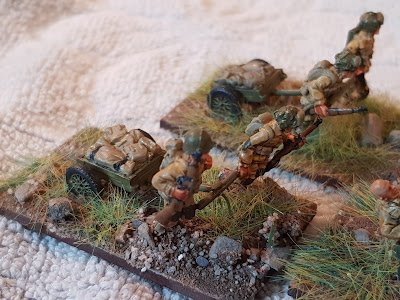 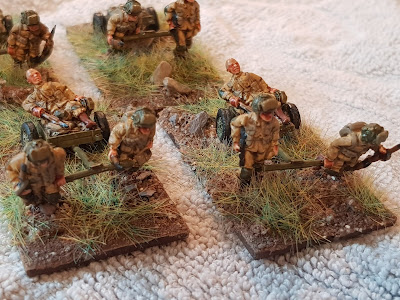 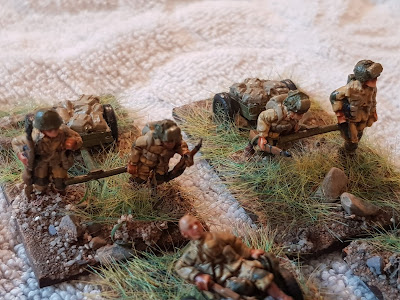 Nice little bargain set to add some resupply capability to my US paratroopers.

Some on table artillery support for my late war Germans.  A pair of 105mm Howitzers, guns are from Zvezda, crew are Britannia/Grubby in camo smocks.  Guns are basecoated in middlestone lightened with Iraqi Sand, green stripes/blebs are Luftwaffe camo green with German Field grey to tone down the green, and armour brown, lightened with mid-brown.  All washed with Agrax Earthshade and dry brushed with Iraqi Sand.  Uniforms are cork brown with Luftwaffe camo green splodges, dotted with German camo light green.  Boots, webbing and metal equipment is black-grey. 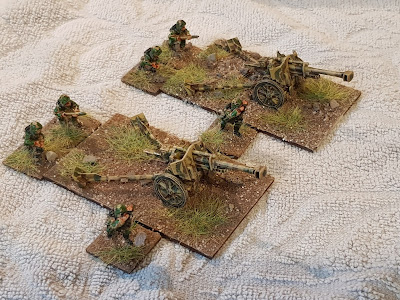 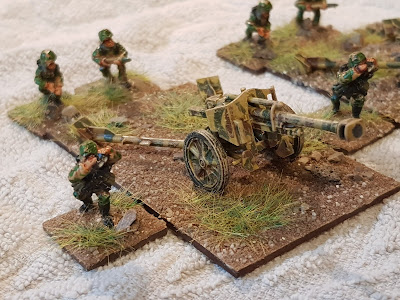 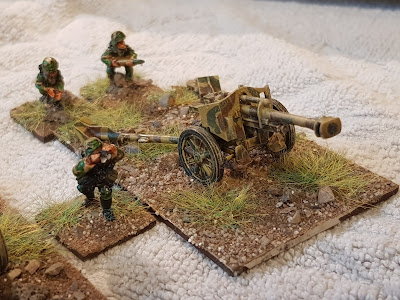 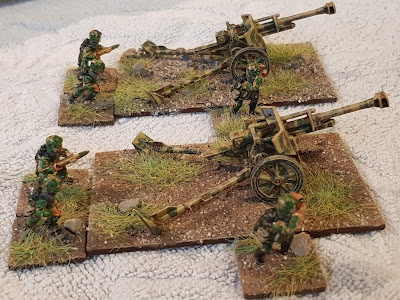 Then a 150mm Sig 33 infantry gun and crew from Britannia/Grubby, painted the same way as the 105s. 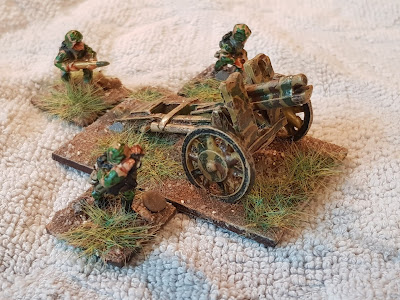 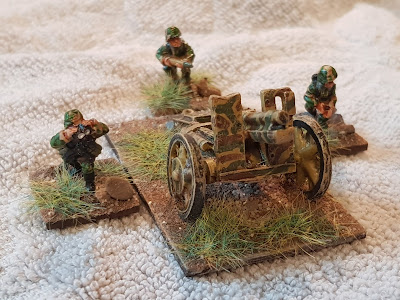 I've also been working on some US paratrooper supply carts and I've still to photograph the winter Fallschirmjager platoon.  Still to come off the workbench are an Airfix 88m with SdkFz 8 tractor and more APCs for 21st Panzer.