Another family holiday to Carmarthen saw us staying just outside Llanstephan, close to a lovely beach and this excellent Medieval castle.  There is an excellent free car park by the beach, but that leaves a really steep climb up lanes and eventually a stony footpath to get to the castle.  Although not too strenuous, it's a bit of a climb for the elderly or infirm, or those with really young children.

The new gateway, added in Tudor times, the main gate, originally to the right, was blocked to turn the old gatehouse into a high status residence. 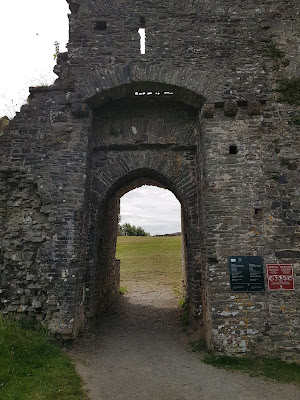 The outer walls are surrounded by steep slopes dipping seaward, covered in dense woodland, which hides the banks and ditches of an Iron Age promontory fort, which the castle is built within. 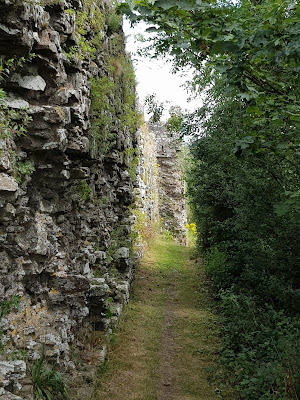 Within the inner ward, the large building on the left is the gateway between the outer and inner wards, but the inner ward wall has been demolished, probably during Tudor remodelling. 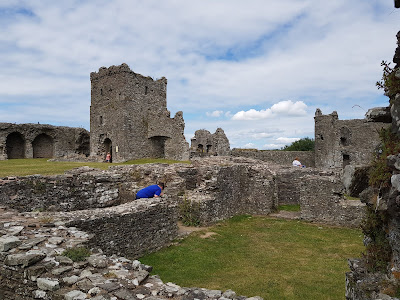 The view from the well at the highest point within the inner ward, looking out into the Bristol channel.  The hills in the distance are on the Gower peninsula, separated from the headland in the foreground by the Loughor estuary.  Llansteffan castle lies at the opening of the Towy estuary, close to where it merges with the Laugharne estuary, so sits in the heart of sea transport routes in the area, while lying on a rather isolated peninsula from the landward side. 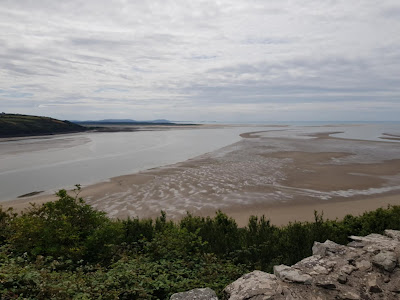 The inner ward gatehouse on the left with the main gatehouse to the right in the distance - note the big difference in elevation between the much higher inner ward, compared to the outer. 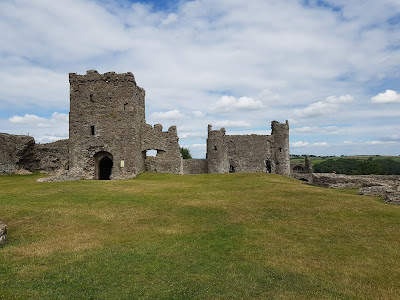 Remnants of buildings within the inner ward. 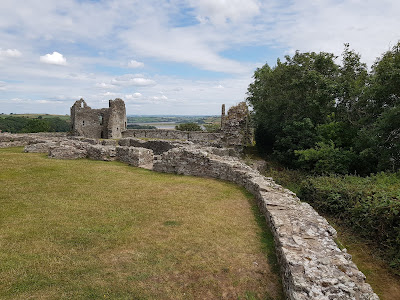 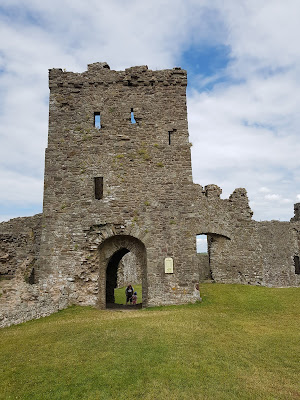 View inland from the top of the old gatehouse - just about the only structure that could be entered. 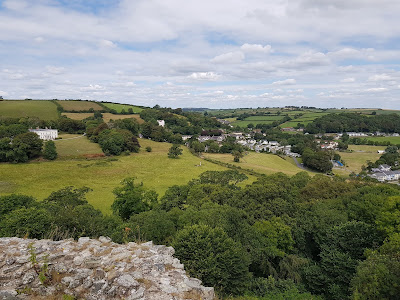 The old gatehouse from outside - quite impressive ramparts. 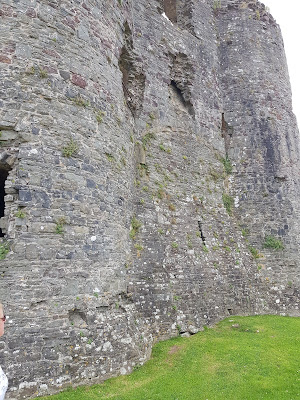 The blocked up gateway from the main gatehouse.  Floor level of the doorway would have been above head height, presumably entered via a wooden ramp or drawbridge across to a wooden ramp and platform. 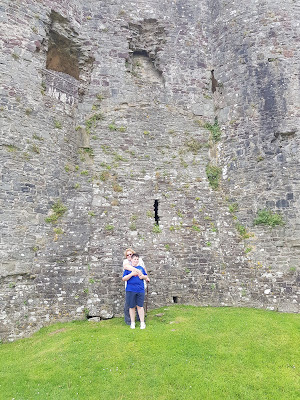 Not a bad little castle, free to visit and well worth 1-2 hours, depending on walking pace and level of interest in the ruins.  The link below is to the wiki page for the castle, which isn't comprehensive, but does suggest it was the scene of military activity several times between the Norman conquest and it's eventual partial conversion into a des res in Tudor times.