I've been keen on all things relating to models, toy soldiers and wargames since my dad bought me a pack of Airfix British Paratroopers, back when they cost 2/6 from Woolworths.  More recently, my interests in military history and wargames have lead me to 6 and 15mm WW2 and moderns.  I aim, in this blog, to catalogue some of my miniatures, which are probably far from perfect, but I'm happy with, although the need to tinker and improve is always hard to resist.  Most of my 6mm miniatures are organised and based for Blitzkrieg Commander or Spearhead (one stand equals one platoon/troop) and my 15mm miniatures are based for Flames of War or Blitzkrieg Commander (1 stand equals one squad or individual vehicle).

Apologies for the large amounts of the Daily Mirror included in the photos - I'm experimenting with my digital camera and need to pick up some extension tubes or bellows for macro work to get in closer. 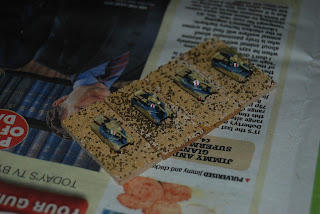 I know the debate about how blue was the Caunter colour scheme.  Being brought up on the Airfix cover art, for me the Caunter scheme has to have a bit of blue - Sombre Grey is blue enough, but still a grey, for me!  I plan to make these part of a regiment from an independent tank brigade for 1941-42 with the addition of another 6 Matildas, a pair of Dingos and a Vikers Mk VI AA tank for 1942. 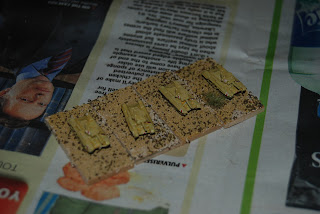 These are Valentine IIs by Heroics and Ross.  Basic scheme is Vallejo Dark Sand - everything else as the Matildas. 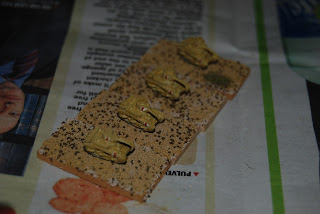 M3 Stuarts (Honeys) - these are lovely little models - by Heroics and Ross.  Paint scheme is the same as the Valentines. 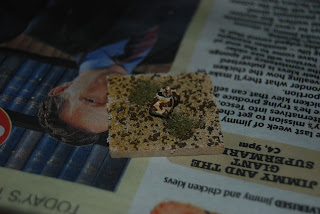 H&R Dingo recce, painted in "desert pink" (50:50 Humbrol matt acrylic flesh and white) with Vallejo Dark Earth splodges.  The observer is a guy with binoculars from the H&R kneeling artillery crew, cut in half with a craft knife and superglued on to the Dingo. 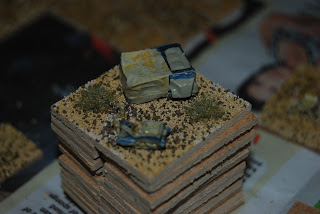 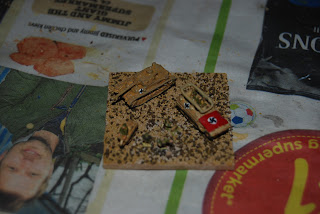 DAK CO stand with H&R Sdkfz 251/3, ketenkrad and Panzer IIIJ, plus various figures from the German command strip and panzergrenadiers infantry packs.  Aircraft recognition flag is cooking foil painted red, with a white spot and black swastika added with a marker pen and then overbrushed black (thanks to Dafyddh from the Blitzkrieg Commander forum for the tip on using foil for flags; http://worldwarshed.wordpress.com/).