Various 15mm odds and ends made it onto the painting table this week.

In the middle of November, I'm organising a big club game based on the Market Garden operation, which means we will need lots of buildings to represent Arnhem, Nijmegen and smaller towns.  Languishing at the back of a storage cupboard I had some 15mm ruins that I picked up at a show many years ago and never did anything with.  So, out they came into the daylight and then on to the painting table.  They aren't great castings, so it's a quick and dirty paint job, just to get them ready for the game.  No idea of the manufacturer. 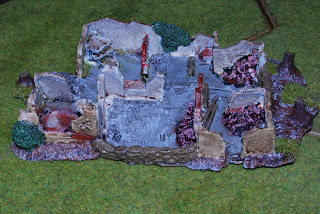 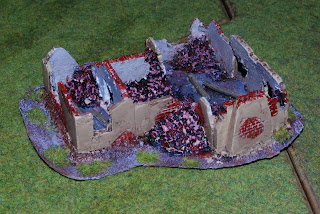 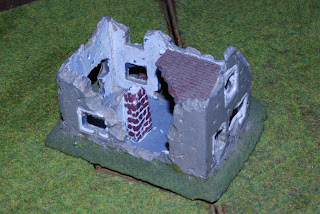 I picked up a mixed bag of Battlefront bailed out tank crew from Paul at the club.  I painted half of them up in black uniforms. 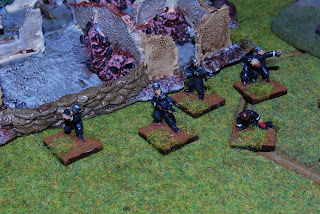 The other half in field grey uniforms.  These should do nicely as bailed out markers. 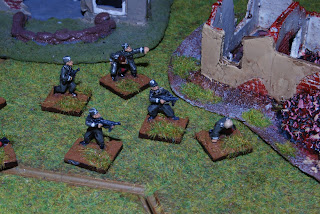 Finally, I also painted up the Iraqi army figures from CP Models, from their Bravo Two Zero 15mm range.  These provide opposition for the SAS figures I posted pics of last month (http://sedimentswargameblog.blogspot.co.uk/2015/09/15mm-bravo-two-zero-sas-figures.html).

The whole pack of 8 figures. 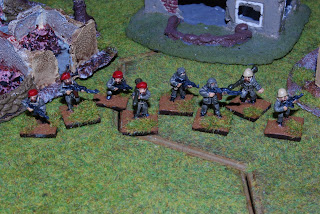 Figures in hoods and helmets. 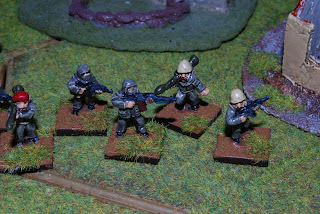 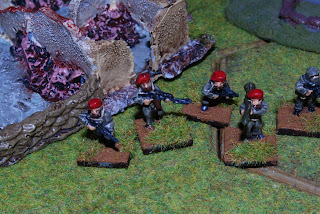 The Iraqis are painted up as generic infantry, which should be useful for a variety of scenarios based on Middle Eastern regular forces.  At the Derby show, I picked up packs of Old Glory ME regular infantry and supports/command (as well as ME irregulars), so have the makings of a reasonable sized force to provide opposition for my Peter Pig USMC, fighting through urban areas using Baggage Train ME buildings.

As ever, thanks for looking!