Here are some more characters for late 19th/early 20th century games.  These are old figures from my childhood stash, from the Airfix High Chaparral set, supplemented by an Elhiem archaeologist. 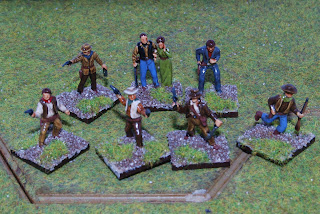 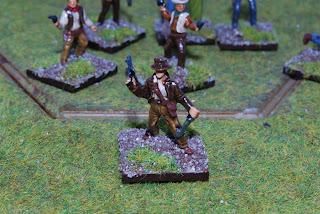 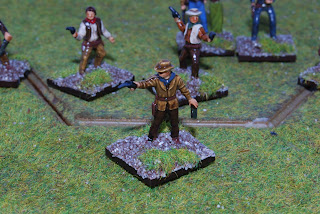 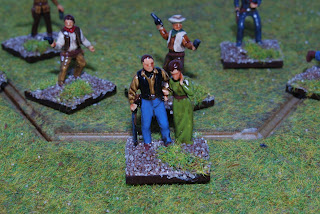 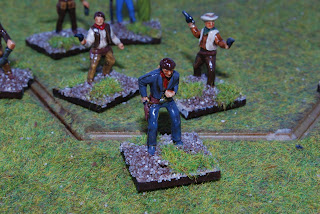 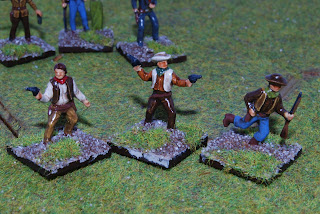 These guys are from Elhiems Pulp range, three armed sailors straight off the pages of Tin Tin, Sexton Blake or similar.  I thought these might make a great additional piece of flavour to my naval landing party figures.  Unfortunately, Bob the cabin boy seems to be armed with a Tommy gun, which is just a bit too early (1920/1) for our Andreivia game set in 1918.  Maybe it's an experimental weapon issued on field trials. 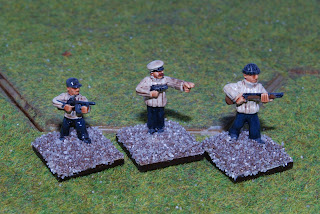 Thanks for looking.
Posted by Andy Canham at 08:26