These are HAT Colonial era Indian troops, ideal for TMWWBK or similar colonial rulesets.  However, with a bit of poetic licence, I intend to use them as WW1 Indian troops, so I have augmented them with some Lewis Gun teams from Tumbling Dice Miniatures.  My back story is that these are Indian Army infantry, based in India, that haven't been upgraded with more modern kit, but have been pressed into overseas service after the debacle at Kut al Amara.  The TDM figures are true 20mm (1/76) scale so are slightly more youthful in appearance than the HAT figures, so they go together reasonably well.

A full platoon of four ten man sections, two with Lewis gun teams, and a platoon HQ of officer, batman and two runners. 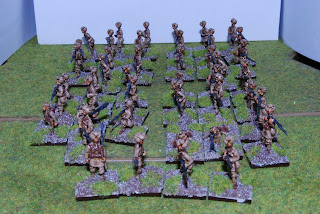 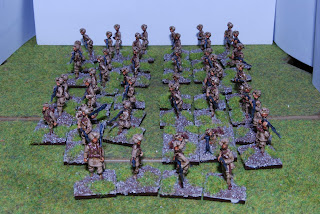 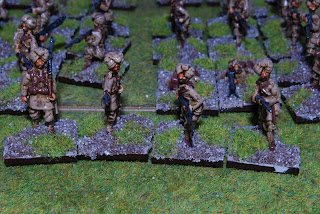 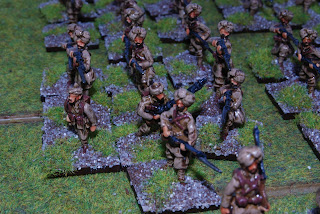 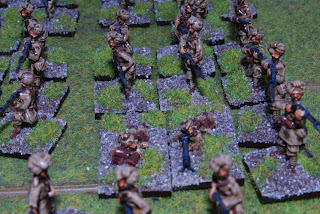 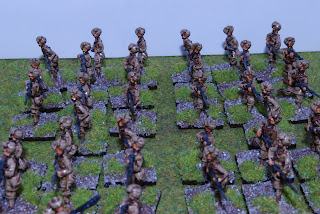 These guys are going to be used, minus the Lewis guns, for colonial era battles, but they will also add some additional Empire flavour to my WW1 Middle Eastern armies.  They will also be available to join Woosterforce in Andreivia.
Thanks for looking.﻿
Posted by Andy Canham at 10:43