It's been a couple of weeks since Joy of Six, but better late than never.  The Cold War Commanders laid on one of the centrepiece demo/participation games at the show, using the Cold War Commander rule set (what else?).  The game highlighted scenarios from our recent campaign games based around a Warsaw Pact invasion of the Landjut area of Northwestern Germany and Denmark.  There wasn't enough play in the day to really write up an AAR, so I'll let the pictures speak for themselves.

The entire table with some of the Commanders planning. 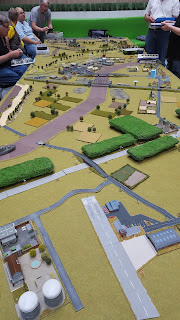 The airport, defended by a West German territorial unit and about to be attacked by Soviet VDV. 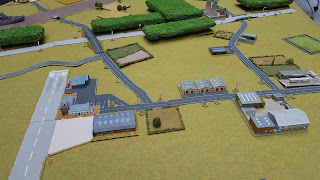 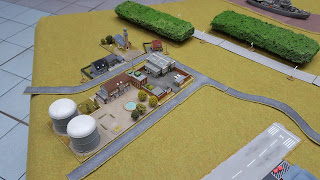 My Polish marines preparing to land in an enveloping attack from the Baltic. 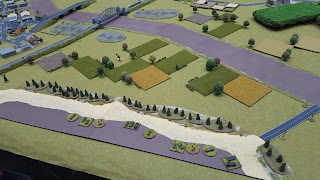 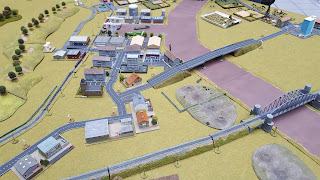 The main landings on the Baltic coast. 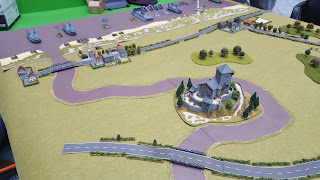 The built up area, garrisoned by some unfeasible number of British Milan firing posts. 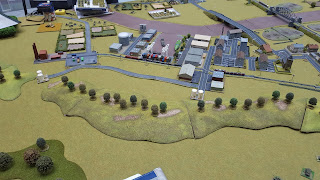 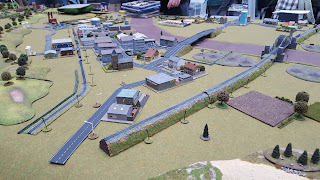 A NATO corvette scenic item meanders along the Kiel canal. 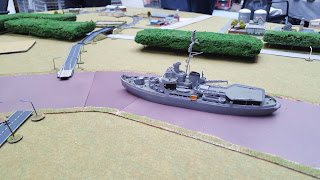 My Polish marine engineers preparing to cross the Kiel canal.  Skots are swimming the canal, a vehicle ferry is assembled and ready to carry troops, a floating bridge is ready to start deploying and a second ferry is about to deploy. 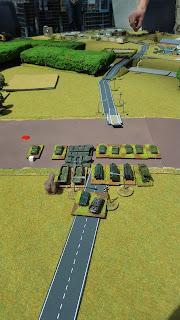 T-55s waiting for the bridges to be completed. 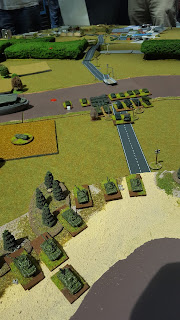 Dutch armour and US paratroopers deploying opposite the Polish marines, getting some artillery raining down on them. 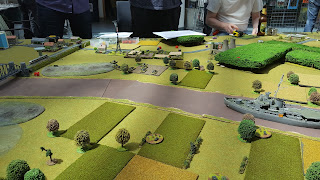 Soviet T-72s come under intense fire from British Milan teams in the BUA. 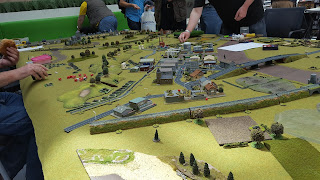 View from the NATO side of the table. 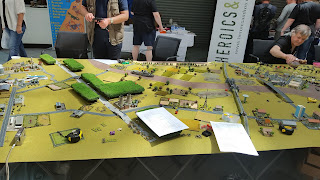 Dutch armour moving up to take the Polish marines under fire. 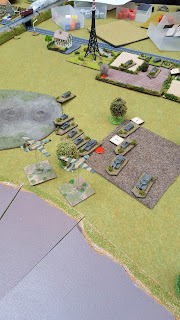 The Poles get lucky with their air support, as well as some artillery. 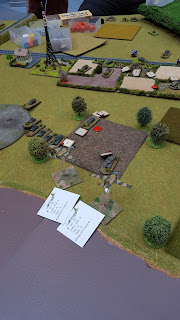 NATO waiting for the enemy. 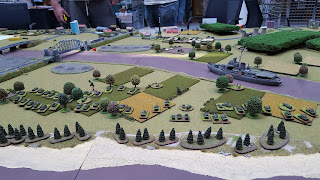 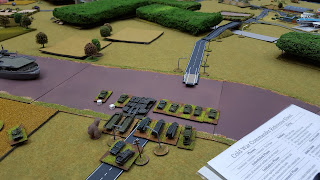 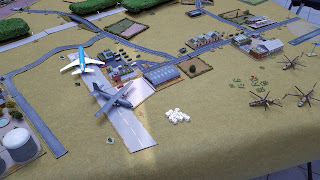 The Dutch and US paratroopers. 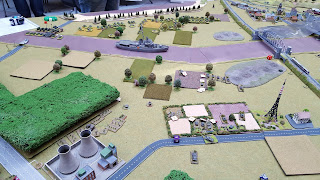 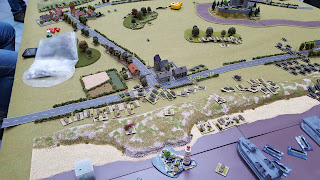 A great day out.  Lots of fantastic games, all in 6mm.  Unfortunately, between playing, chatting and shopping, I just didn't get a chance to take photos of the other games.  A great opportunity to see most of the 6mm companies all under one roof this side of the pond.

Thanks for looking.
Posted by Andy Canham at 21:11