While I ordered the infantry in solar topees to head swop for the British lancers, I also picked up a pack of Hat British artillery crew and 4.5" howitzers.  First up is an Emhar 18lbr with Hat crew figures head swopped with solar topees, 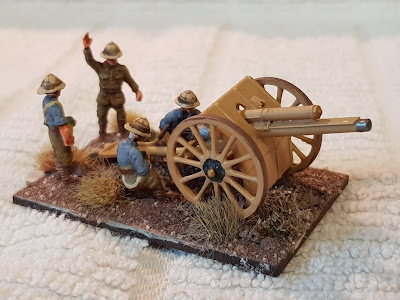 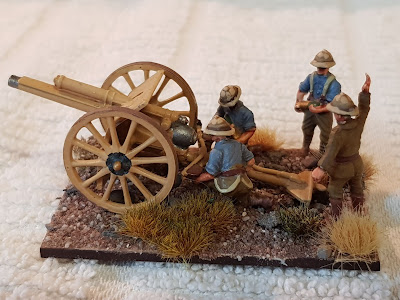 And a second one.  The crew that come with the Emhar kits don't really look the part, much better with the Hat crews. 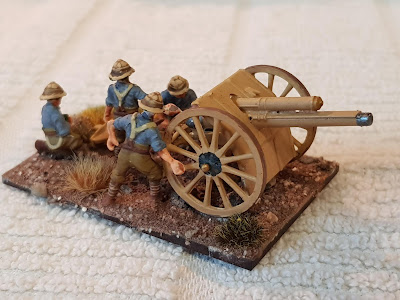 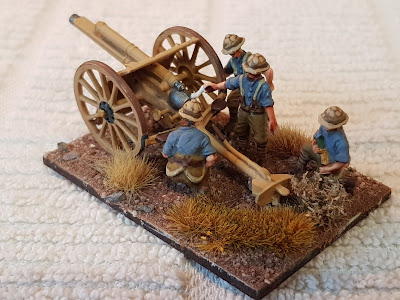 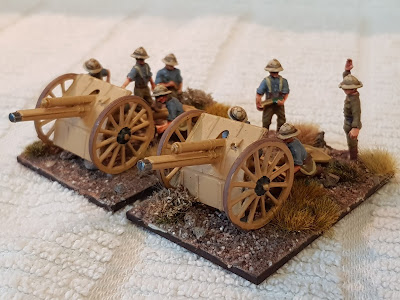 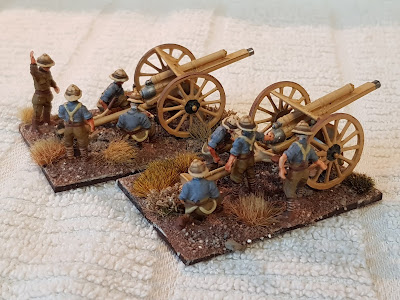 One of the Hat 4.5" howitzers with Hat crew.  These were modified with helmet neck guards made from thin strips of kitchen roll and PVA glue. 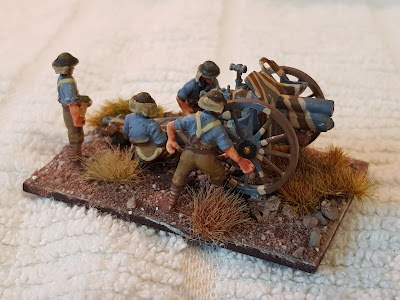 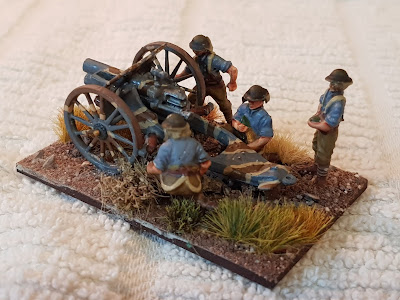 And a second howitzer. 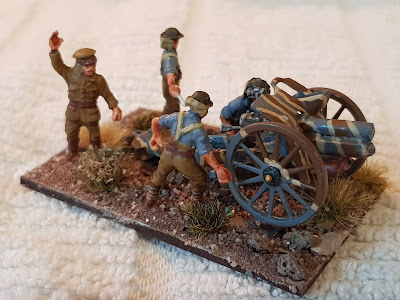 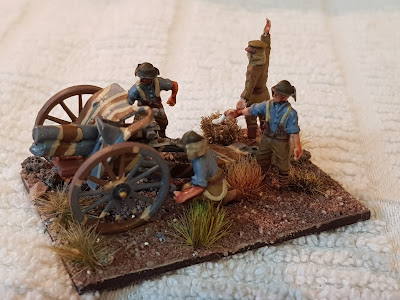 The pair of howitzers. 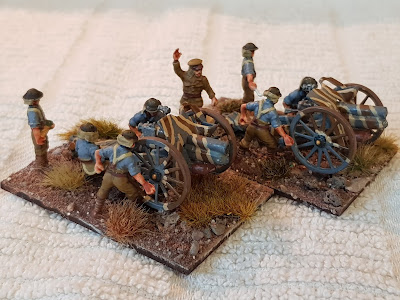 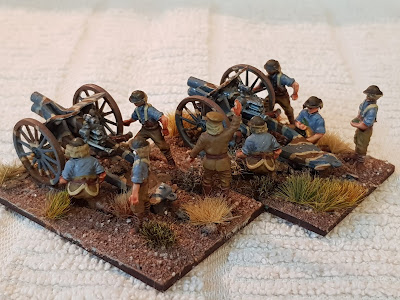 Then for spotter/command stands, I started out with the telescope and heliograph figures from the Strelets British Camel Corps set and added a Hat artillery crew commander with solar topee head swop. 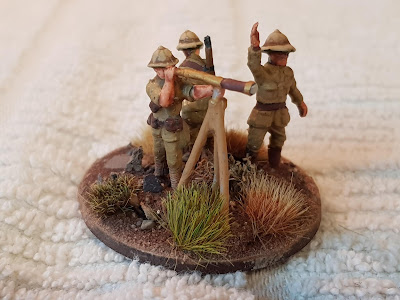 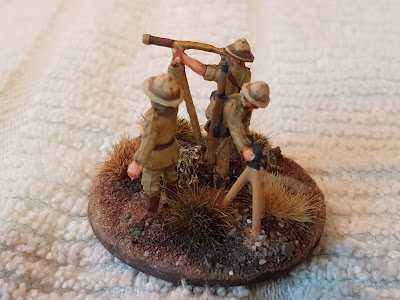 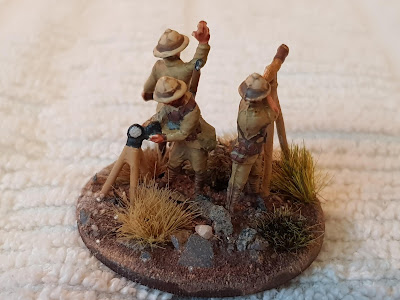 And for a second spotter/command base, these are Emhar and Hat artillery crew commanders with kitchen roll neck guards and an Airfix WW1 British infantry signaller with solar topee head swop. 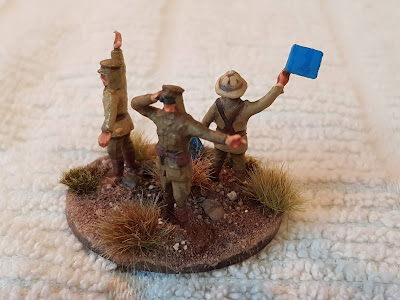 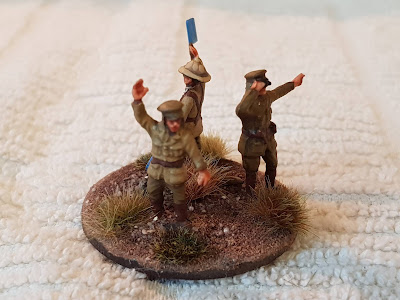 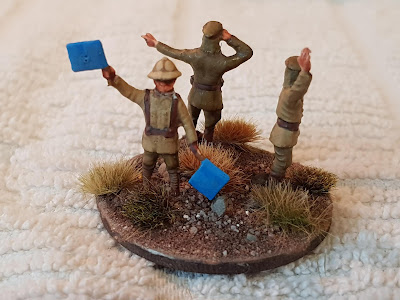 Although not truly artillery, this is a Roden FWD model B 3 ton truck to haul ammunition for the artillery.  The kit doesn't include crew, so I used one of the seated Hat artillery crew figures, trimmed a little to fit the cab and with a kitchen roll neck guard.  Not sure if these were used in the Middle East, but it looks good and will fit right in, especially in any what-if type games. 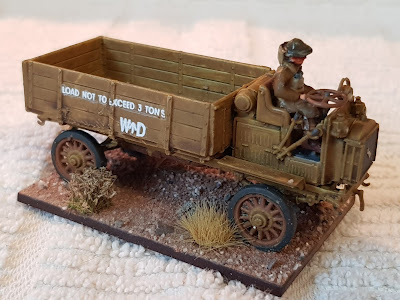 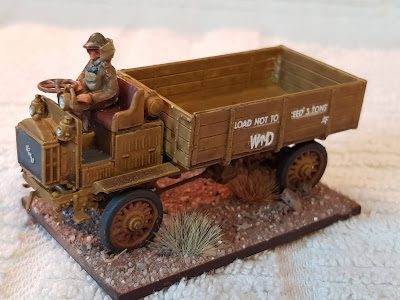 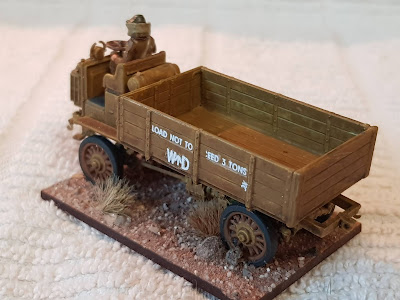 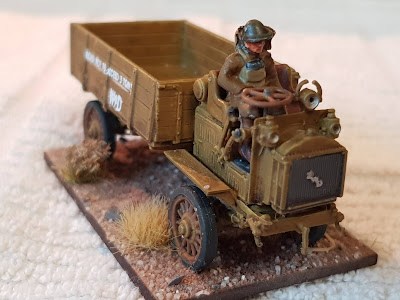 I used the painting guide for WW1 British troops in the Middle East by Mark Hargreaves for 28mm figures and modified his guide to suite the smaller scale and my painting abilities.  It made a nice change working with the blue-grey palette for the artillery crew and I enjoyed painting the disruptive camo pattern on the 4.5" howitzers.

I've got the Camel Corps figures to finish off and then will try something different while I decide what next for my WW1 collection.  As ever, thanks for looking.