I wanted some dismounted British cavalry for WW1 in the Middle East, so out came the dismounted Imperial Camel Corps from Strelets.  While I was looking at them, their mounted mates managed to get some elbow room on the painting table.  Again, I followed the guidance in Mark Hargreaves book, modified for the smaller scale and my painting abilities.

First up is the mounted set, painted in khaki drill.  Shame the camels are generic, mainly Arab-style, rather than regulation British equipped and with next to no baggage.  Nice set, showing troops in relaxed walking or standing poses, without anyone appearing to be firing their weapon, just as it should be for troops used rather like mounted yeomanry. 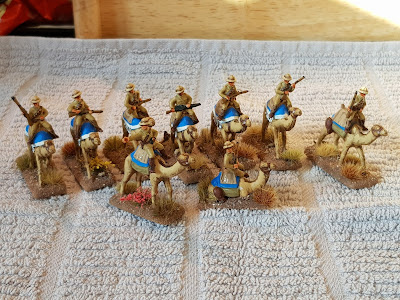 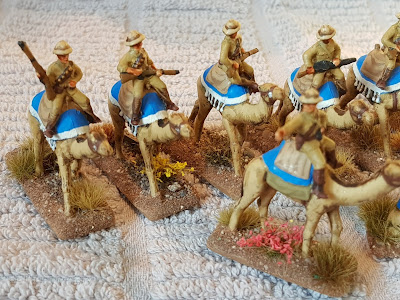 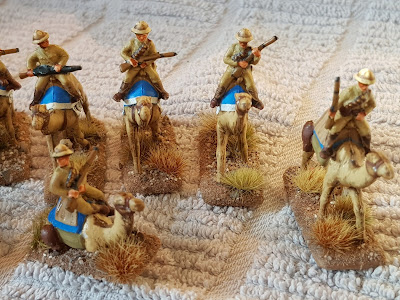 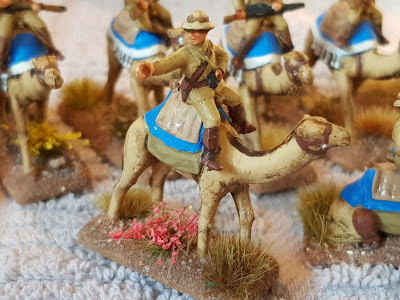 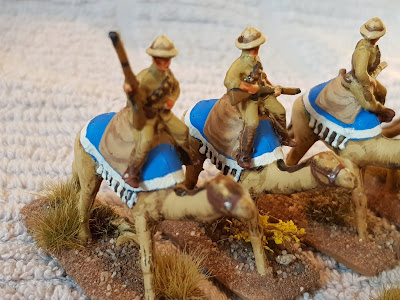 Then these are nine dismounted troopers to represent dismounts for the Camel Corps.  These are painted in khaki drill to match the mounted chaps.  The guy at the back is a camel holder from the mounted set. 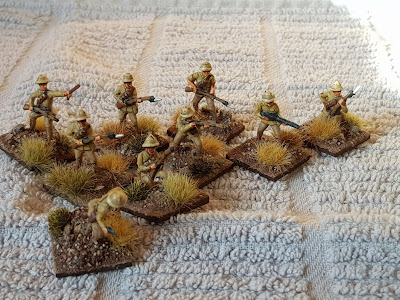 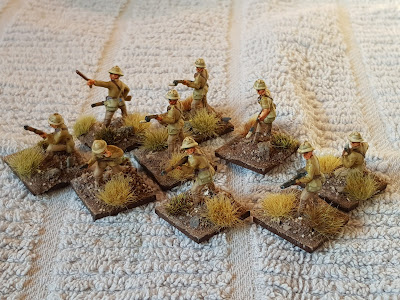 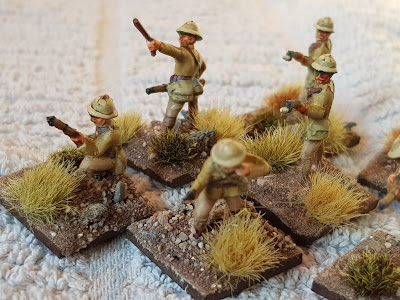 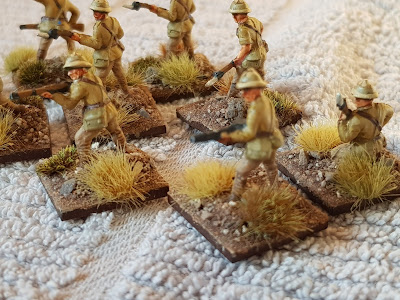 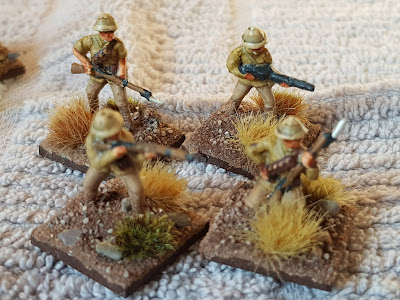 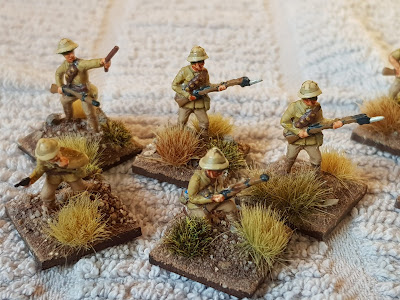 Then we have a unit of twelve dismounts in khaki serge. 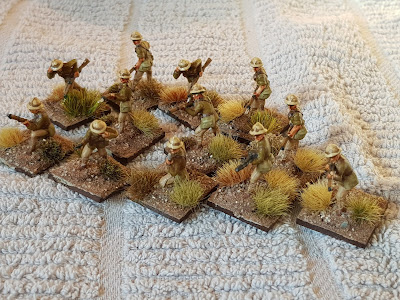 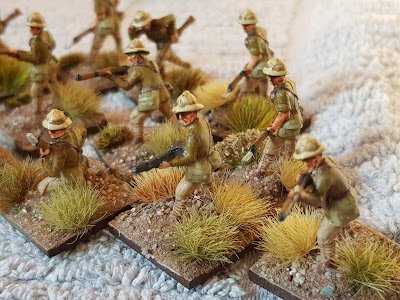 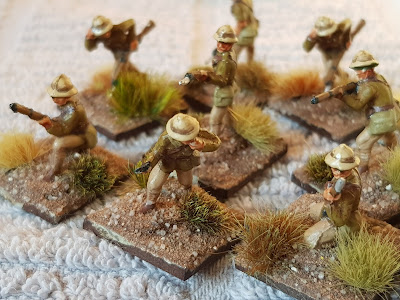 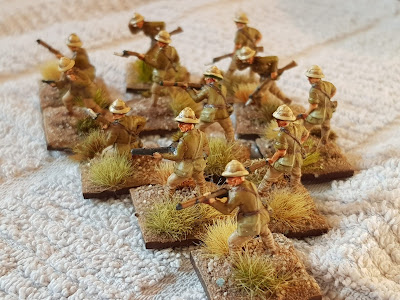 And finally for now, a unit of twelve dismounted cavalrymen in khaki drill - suitable for dismounts for the lancers posted earlier. 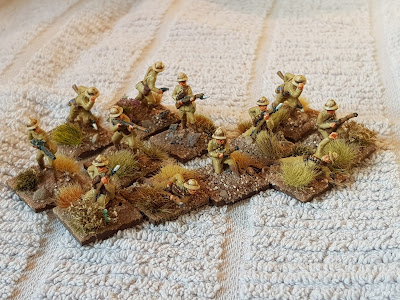 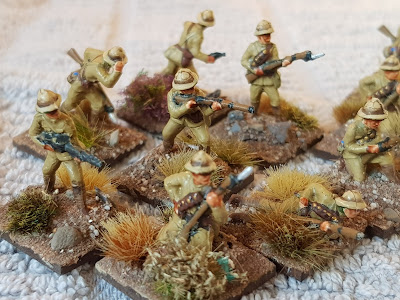 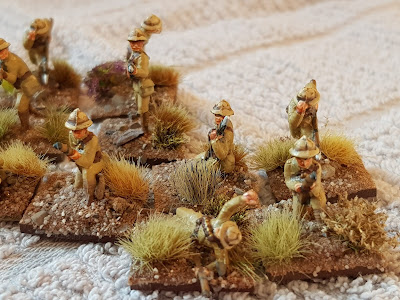 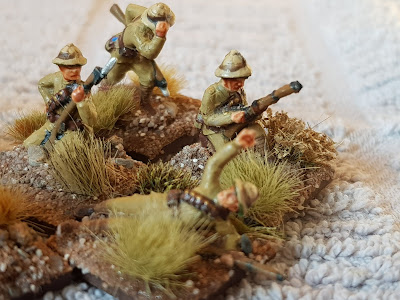 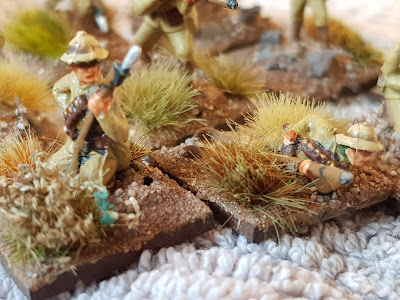 These newer style Strelets figures are really nice compared to their earlier chunky style.  The animation of the skirmish poses, especially the prone figures and some of those advancing or running, is really quite pleasing.  One or two of the helmets appear to have part of the rim missing, which seems to be a casting flaw, but generally they were clean and relatively easy to paint.  I'm really impressed that they are starting to fill some of those larger gaps in the WW1 ranges, especially for the Middle East.  They also fan my interest in some of the what-if's around Allied intervention in Russia and the Soviet Union in the last year of the war and the immediate post-war period.  Now, how cool would WW1 Greek infantry be to game an Allied intervention force in Turkey?

As ever, thanks for looking.
Posted by Andy Canham at 09:36