Having a break from churning out 3D prints, it seemed appropriate to actually paint some of them.  Sadly, I can no longer remember the source of all the STL files, most are from Bergman's Thingiverse site, but one or two are Tigerace1945.  All need decals to finish them off.
Transport for an infantry platoon, three 3T and one 30cwt trucks. 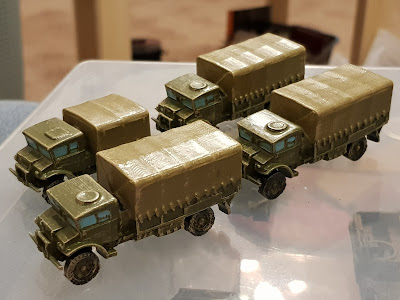 Transport for an engineer section in a Chevrolet 3T open backed truck. 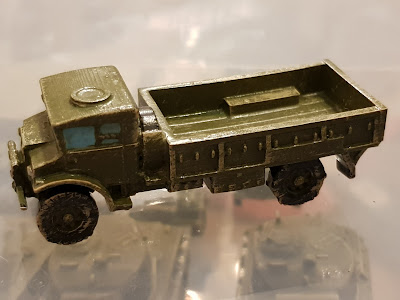 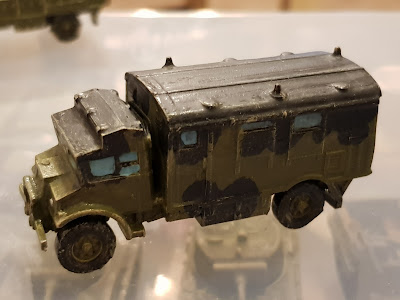 Unusual, for me at least, a Terrapin Mk1 amphibious truck, as used at Walcheren and for the later Rhine and other river crossings.  Not so well detailed or proportioned as this was a 1:200 model scaled up to 1:100. 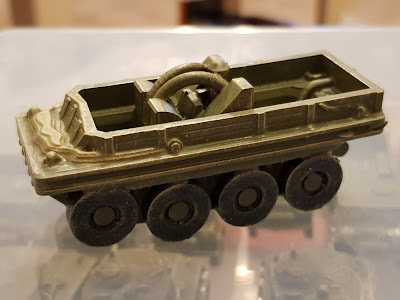 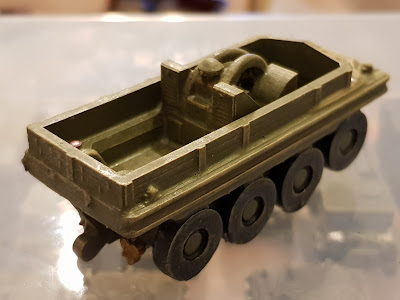 Ram Kangaroos, enough to transport an infantry platoon plus some supports. 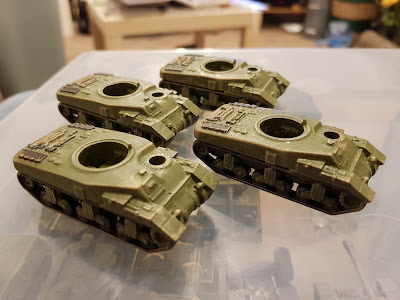 A pair of M10 Achilles 17pdr SPAT.  One of these is causing an issue as it is leaking resin, despite the base being well perforated during printing and a number of drill holes added when I became aware of the leakage.  Will have to have another try at this one I think. 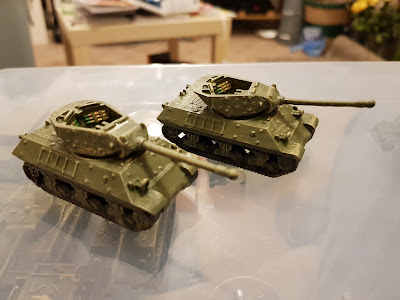 A pair of jeep transports, one open topped and one canvas covered. 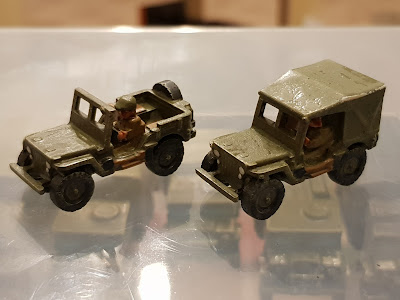 Finally for now, an M5 for use as an alternative transport for an engineer section. 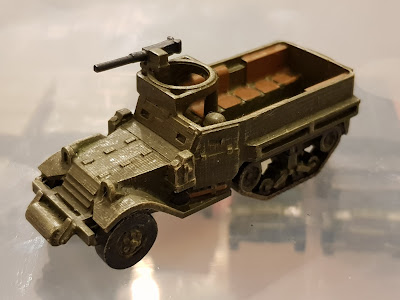 Lots more British vehicles for the desert in the pipeline, along with an eclectic mix of US and German kit, plus Cold War Brits, US and Soviet kit.  I've also tried 3D printing an LCAC for my 6mm US Marine Amphibious Group, plus some 6mm M60A1s to go with it (only one needed for payload for the LCAC though.