The possibility of a 20mm WW2 game at Gauntlet in July has given me the impetus I needed to dig out all the Works £2 diecast vehicles and the Plastic Soldier Company infantry that I bought in one of their sales a while back.

These are nice figures.  You get 57 in a box for anything between £10 and £15 here in the U.K.  They are hard plastic and come on three identical sprues, which need cutting carefully to free the figures.  Some assembly is needed (sticking on heads and arms mainly) and they can be stuck with poly cement or superglue (I used a Superglue this time).  I based them on 20mm square mdf bases from Minibits and undercoated them using Vallejo pale grey primer.  Uniform is a khaki grey wash, webbing and greatcoats in khaki.  Light brown for leather cases and ammo pouches.  Russian green helmets, NATO black boots and weapons, the latter dry brushed basalt grey, and beige brown for rifle stocks and entrenching tool handles.  The figures are very uniformly kitted out with greatcoat wrapped around their torsos, usually a leather case and ammo pouches, belts and Y shaped webbing belts.  Some wear helmets and the rest wear side caps, except the senior officer, who wears a peaked hat.

First up, the three figures carrying DP28 LMGs over their shoulders. 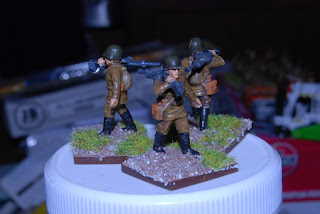 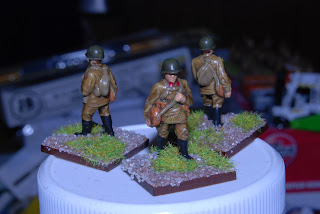 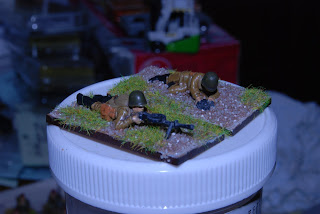 For a bit of variety I did a team in side caps. 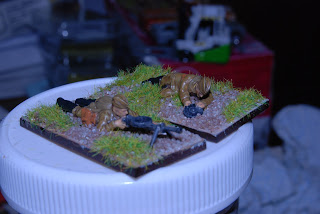 Advancing figures with rifles at the ready. 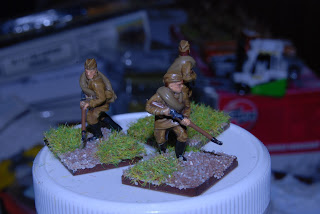 Throwing a stick grenade, armed with a PPSh-41 SMG. 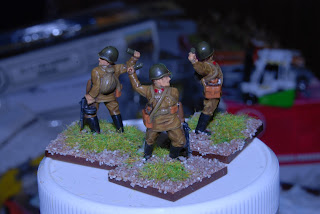 Junior officers/NCOs/observers with pistol and binoculars. 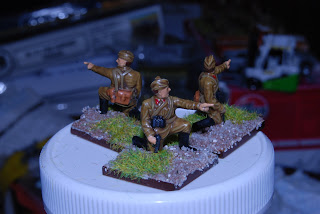 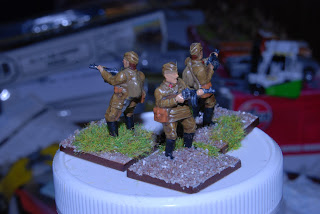 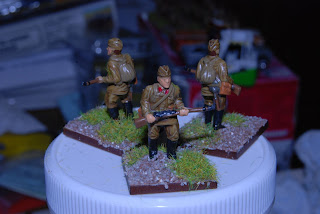 Similar pose with the PPSh-41 SMG. 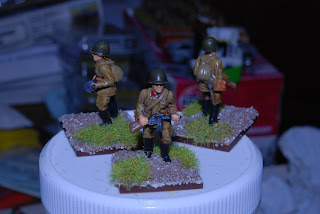 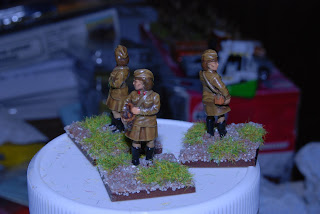 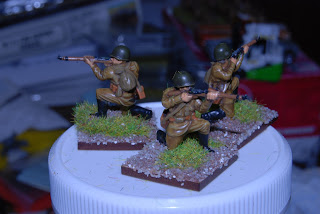 Kneeling firing rifle in side caps. 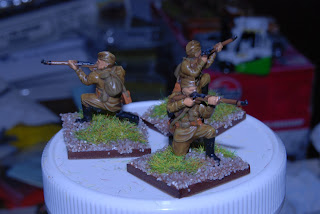 Standing firing rifle in side cap. 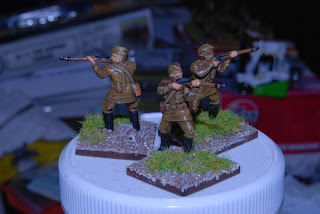 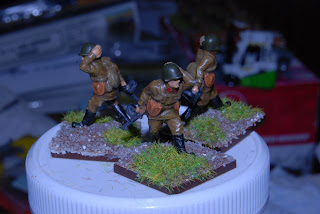 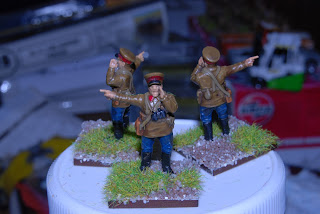 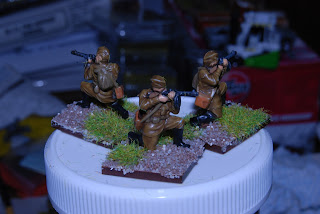 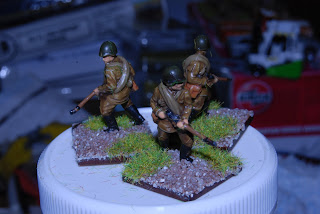 Crouching with rifle at the ready. 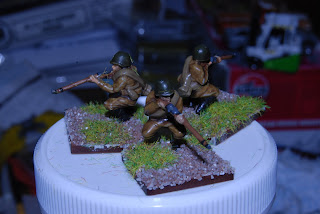 Really nice poses that should mix well with both metal and other plastic soldier manufacturers.  Good value with 19 different poses plus some variability through relatively easy head swaps.  I'll probably look elsewhere for additional troops as I like a bit of variety of poses and I don't think I'll have much use for the unarmed female figure - different if she was armed or operating a radio or some other more useful pose.  I like the look of the Italeri and Pegasus figures, so will probably add packs of these if I go as far as building up a company.  I have a pack of the PSC heavy weapons, which I'm in the process of assembling.  These are proving to be rather fiddly, especially the Maxim HMGs, which don't seem to fit together too smoothly - in fact they are something to be a real pain in the ass, but I'm sure they will be worth it in the end.  Plus, in the pack you do get 6 AT Rifles (3 deployed and 3 moving), 3 50mm mortars, 3 82mm medium mortars and 6 Maxim HMG teams, 3 firing and 3 moving.  More of these in another post.

Thanks for looking.
Posted by Andy Canham at 11:40