Yet more of my 15mm bargains.  First up a Jagdpanzer IV L70.  The striped camo scheme is based on one from a newsreel film, I think taken during the Battle of the Bulge.  This chap and another already in the collection should make an effective double act combining good front armour with a useful weapon penetration.  The model comes with mesh schurzen, but I have left it off as the fit is too fiddly and the vehicle looks pretty good without. 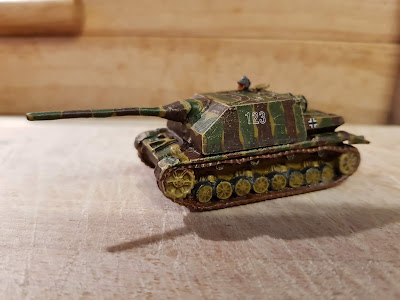 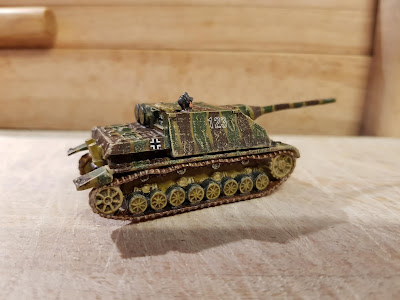 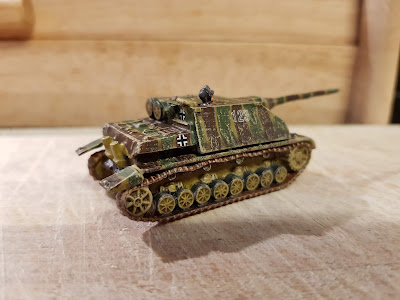 Next up, a Flammpanzer III.  Probably too lightly armoured to be really effective as it needs to survive long enough to get in close, but if it does … whoosh!  In Battlegroup the enemy take a chit just for coming under flame attack, plus the chance of infantry, even in reinforced cover, surviving is minimal. 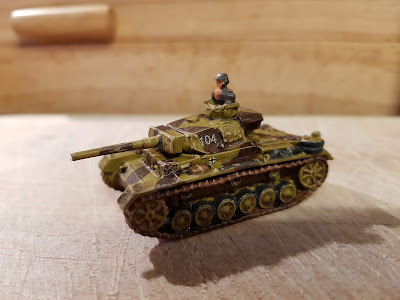 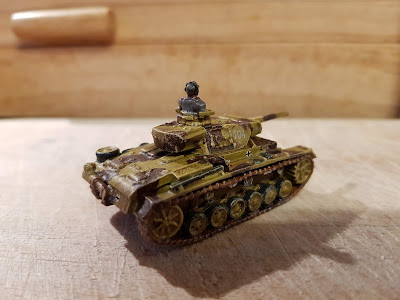 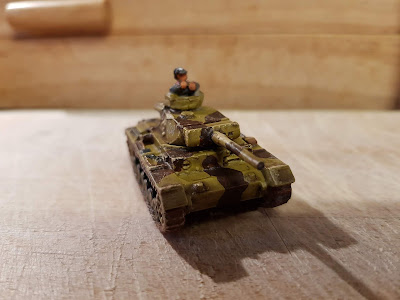 Finally, for now, a Marder IIIH with PAK40.  Pretty poor survivability, but as a mobile AT gun using hit and run tactics, it can pack a punch and then scoot and hide.  A hit on it is pretty likely to be a kill though. 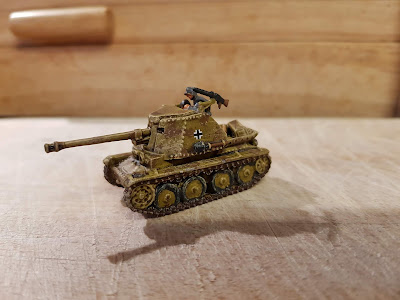 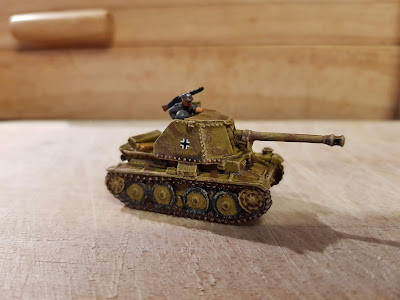 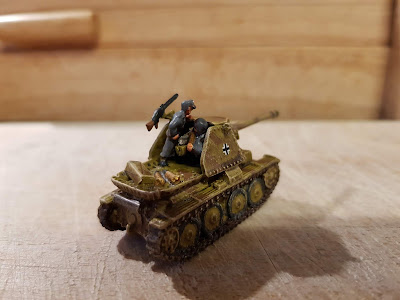 The Jagdpanzer is in a late war tri-colour camo scheme, whereas the Flammpanzer and Marder are in mid-war sand-yellow and brown, so more useful for Russia, but they can have a place as atypical vehicles even in very late war games.

Thanks for looking.
Posted by Andy Canham at 22:22