Saturday gaming kicked off with a couple of gratuitous shots;

A pair of F-14 Tomcats flying CAP skipped across the USMC deployment area at high speed. 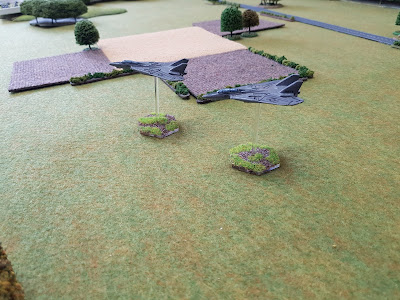 Followed by the more sedate drone of a Shackleton ECCM aircraft operating out of RAF Lossiemouth. 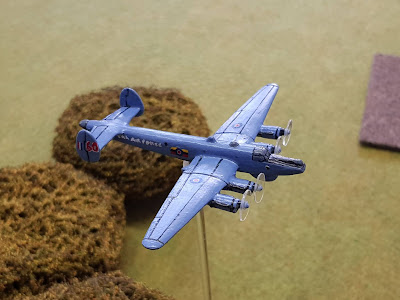 Deploying at high speed, one marine infantry battalion raced into the village on the right flank of the USMC frontage, leaping out of their LVTP-7s and sheltering in the relative safety of the built up areas. 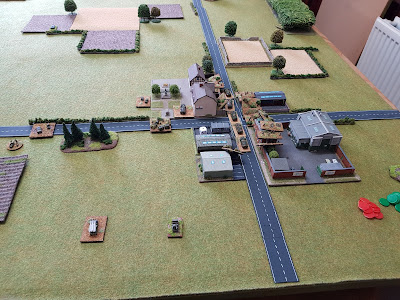 On the USMC left flank, the other USMC infantry battalion made a firebase from the village, while the M60-A1 tank squadron (all 4 stands) took up positions to fire on the advancing Soviet BMP-1 infantry battalions - these seemed to be ignoring the USMC right flank. 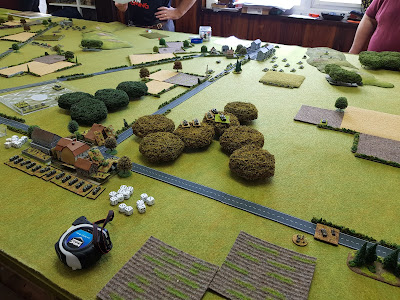 The BMPs trundled forwards relatively slowly, due to some awkwardly high command rolls. 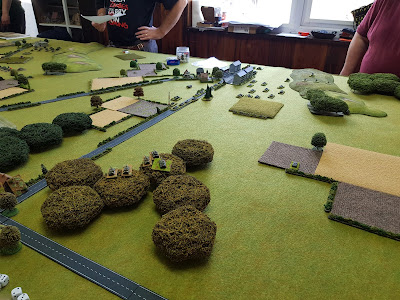 But once up close to the M60 squadron, they were given what for.  The second BMP battalion can be seen fanning out around the fields in the right distance. 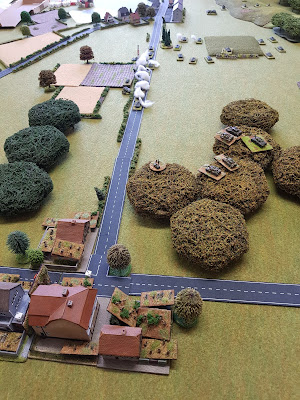 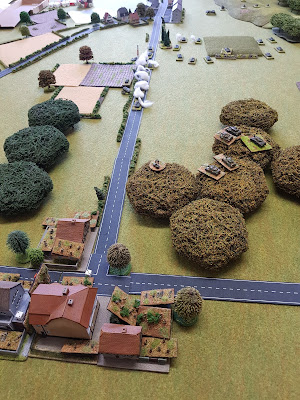 So far so good. 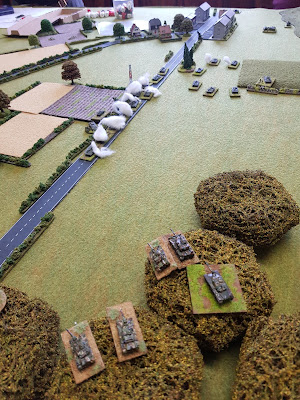 Tow 1 unit shooting diagonally across the table into the Soviet flank.  There used to be three more units, but a command blunder wiped them out.  Command blunders plagued both sides on the eastern flank, fortunately more so for the Soviets that the marines. 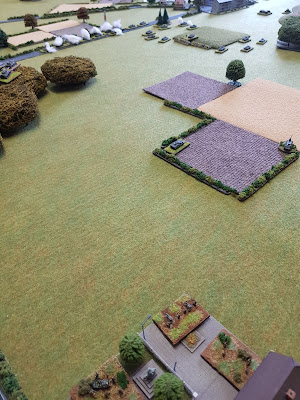 View looking west from USMC end of the table, both Brits and Germans are hard pressed with close assaults going in, while the Danes at the far end are given something of a pasting. 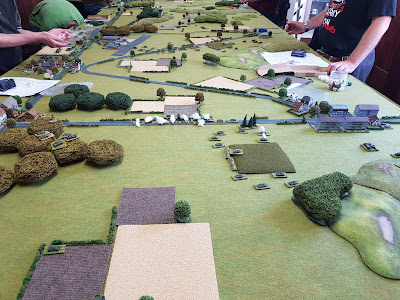 Soviets eventually call in smoke to mask the M60s.  The two closest M60s have been driven back by ATGM fire from the Soviets. 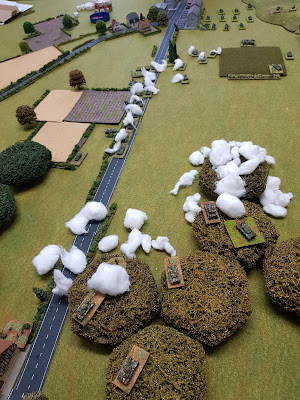 Marine infantry on the right wondering if they should redeploy using their helicopter assets. 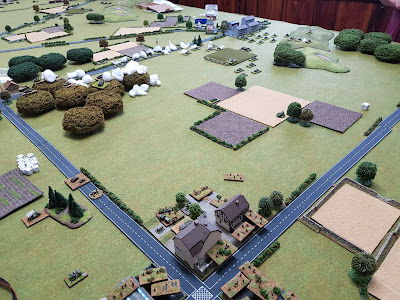 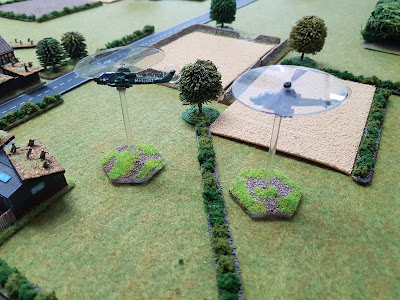 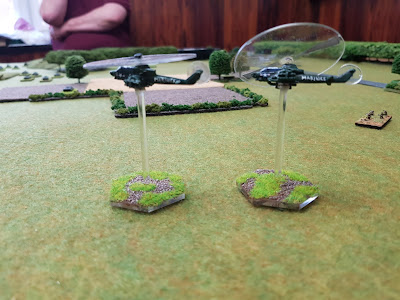 The first day ended with me feeling relatively content that the marines had managed to keep the Soviets at arms length.  The Soviets were really unlucky with command rolls, especially for their tank reserves which were released late in the day.  The Sea Cobras seemed to be having a good effect and NATO air strikes were fun, with the MAW available, there were A-9 Intruders, Corsairs, Harriers, Phantoms and even some Kriegsmarine Tornados, which proved very effective early on.  Already though, it appeared the Soviets were looking to concentrate on the gap between the USMC and British 1st infantry.