Will, Ian, Andrew and I played out a game of Setting the East Ablaze at the club last night.  We opted for scenario 1 from the Adventures of Dunsterforce Supplement, with the British sending an Indian Army force northwards through Persia in an attempt to head off an Ottoman army heading for Baku and its' oilfields.  A large game, 8 units of Cossack infantry, 2 of Cossack cavalry and a unit of British Hussars, supported by HMGs and mountain guns and a Martinsyde ground attack aircraft, taking on 12 large units of Jungali irregulars, supported by HMGs.  Dunsterforce entered on the road to the left of the photo below and had to skirt or go over the ridge in the foreground, to reach the bridge and cut off the Jungali retreat/reserves.  Troops and terrain are all from Will's collection. 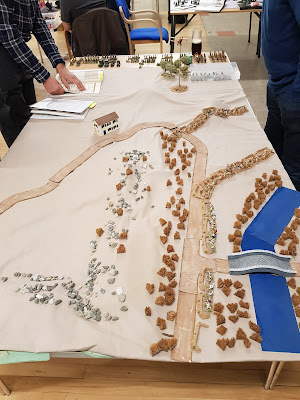 Detail of the river and crossing (totally unlike the real bridge) with chopped up matting representing scrub along the river banks and at the foot of the stone scattered ridge. 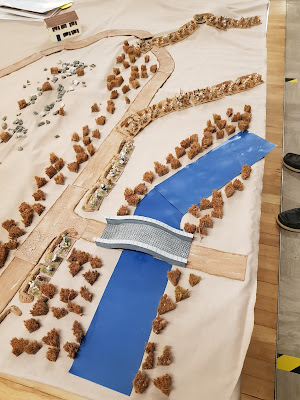 The Jungalis or Junglies as British troops referred to them, dug into shallow trenches and rifle pits on the banks of the river and took to ground in the scrubby areas and amongst the rocks on the ridge (hidden from British airpower). 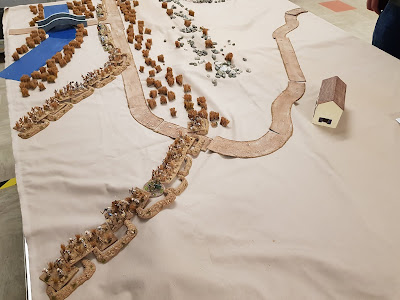 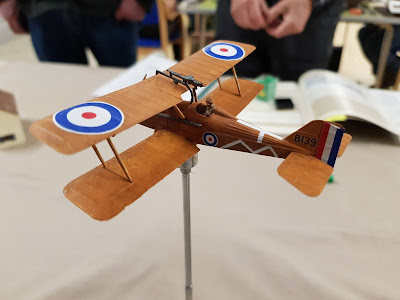 View from the Martinsyde at the end of turn 1.  The combined Cossacks and tiny British contingent are advancing either side of the road, mounted Cossacks and British armoured cars advancing around the Tea House near the curve in the road.  Cossack infantry form a densely bunched mass attempting to push up onto the ridge.  The Jungalis have triggered their ambushes, with one spectacularly successful ambush routing a Cossack infantry unit (dead are piled on the hilltop lower left).  Jungali reserves pile over the bridge (lower right) to form a conveyor belt feeding fresh natives onto the ridge to hold off the Cossacks. 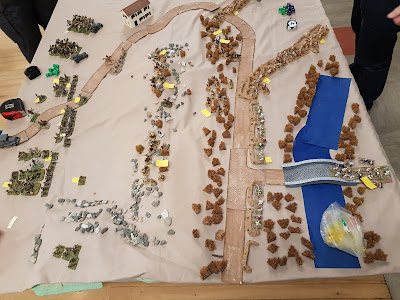 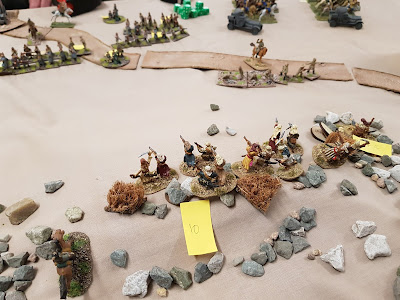 The Cossacks still bunched up.  The two chaps in front of their main body are routing. 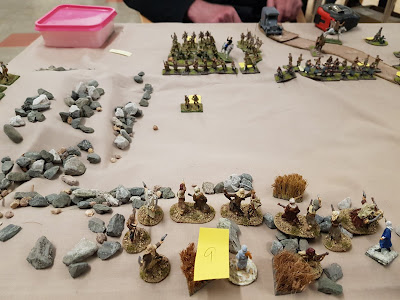 After a second round of play, another Cossack infantry unit has broken on the run up the hill.  However, Jungali ranks on the hill top have been spread thin, but help is on the way as reserves are fed forwards. 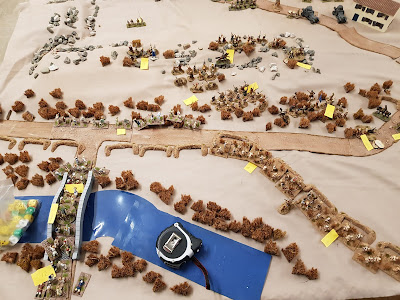 A big Jungali highpoint was almost wiping out the British Hussars, although they managed to pass all but one morale test, leaving them pinned.  The British armoured cars were determined to wipe out the Jungali HMG team at the end of the ridge. 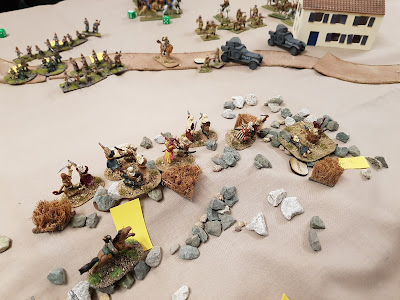 Cossack mountain artillery pounded the Jungalis on the ridge nearest the camera, thinning them out considerably, but they were holding on for now. 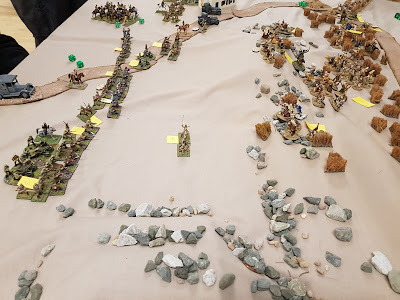 This was a very large scenario and we were very ambitious trying it out in an evening.  However, it did let us practice using a variety of troop types, as well as artillery, airplanes and armoured cars.  The scenario looks to be a tough nut to crack for the British/Cossack forces and the Jungalis were holding their own at the end having done for 2 units of Cossack infantry and the British Hussars.  Still some questions to iron out in the rules and need to get more familiar with the rules, but lots of potential and a fun and attractive looking game.