By the time we arrived at the Grimsby Wargames Club, Richard, Steve and Andy had pretty much set the entire table up.  NATO were defending a stop line somewhere in Jutland, with a USMC amphibious brigade from 4th division, brigade from 1st British Infantry Division, West German panzer grenadiers and assorted Danish home guard and a mechanized brigade.

The eastern end of the table from Warsaw Pact deployment area. 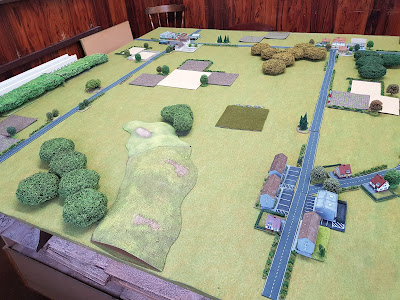 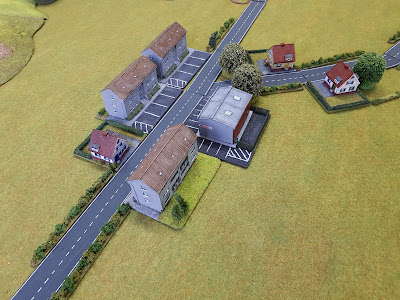 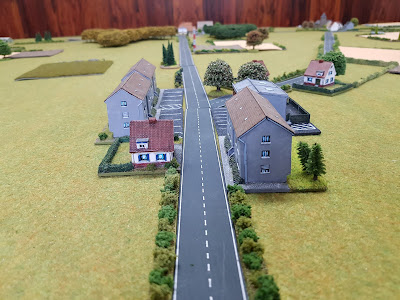 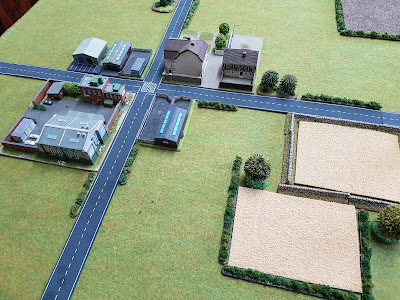 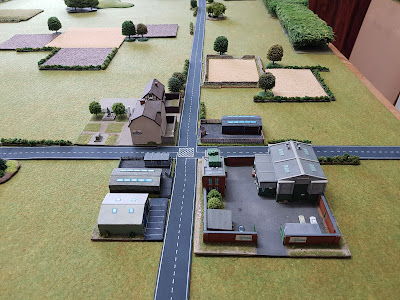 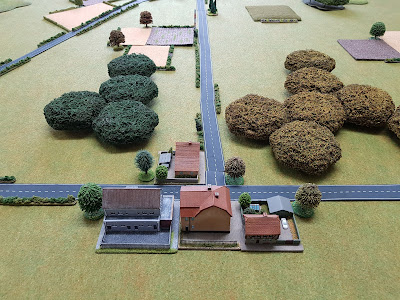 1st British deployment area - a hotly contended region with converging road networks from the Soviet side of the table. 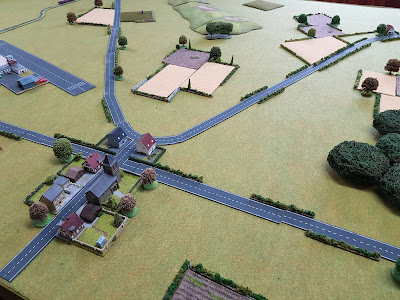 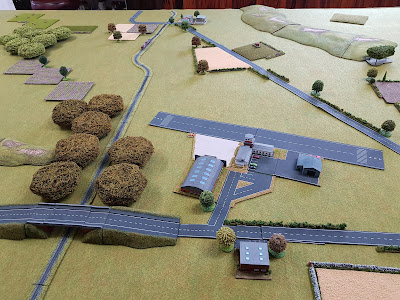 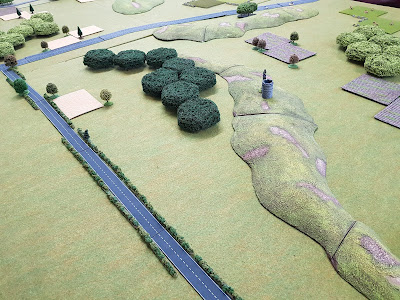 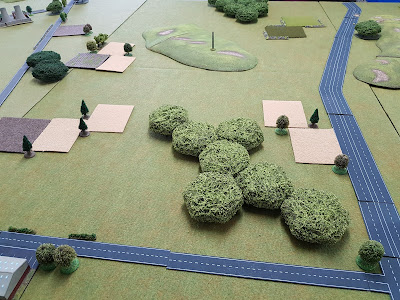 Danes deployment area, facing attack both from the sea and from the Soviet table edge to the right. 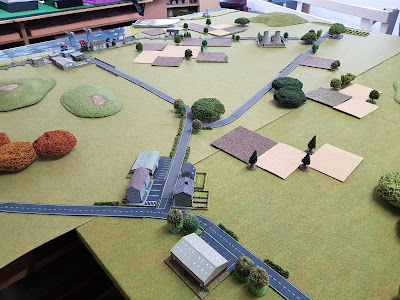 Another scene of hard fighting involving Spetznaz, for control of the bridge. 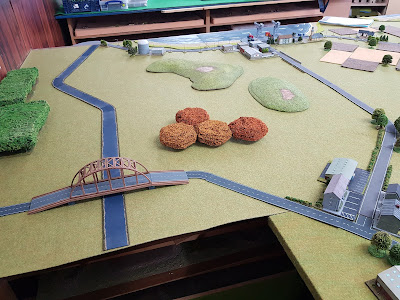 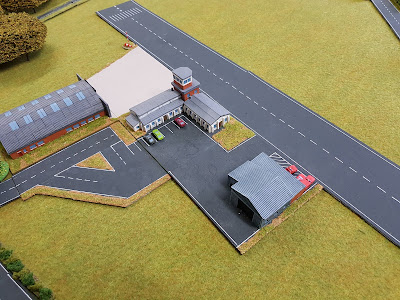 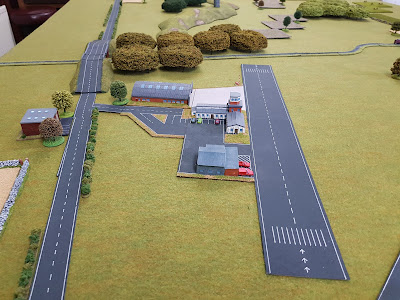 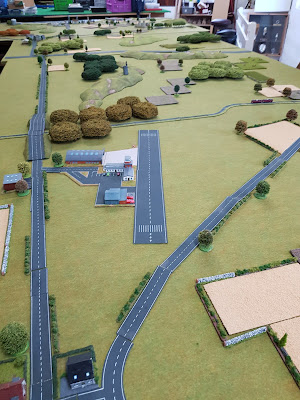 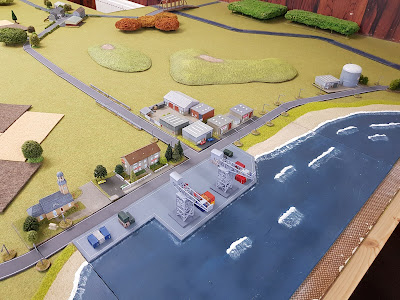 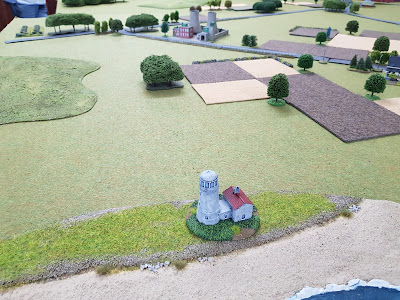 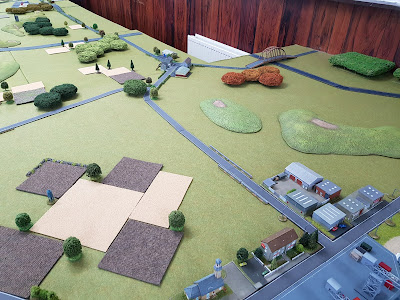 More harbor - I'm sure from the shape of the bay there should be more interference and reflection of wave fronts with ladder-back wave crests.  But seriously, the terrain was fantastic. 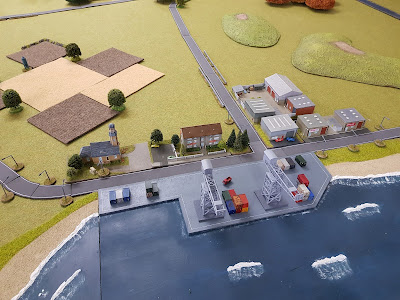 So Friday night was Curry night and a relatively early night, ready for the following day.