I had a lot of fun with the Lance and Longbow Society at Phalanx in St Helens last month.  Their participation game was lifting the Ottoman siege of Buda.  The walls of Buda can just be seen in the photo below on the far left, as well as the parallel siege lines of the Ottomans.  Imperial forces are arrayed in the foreground and the Ottomans at the far end of the table. 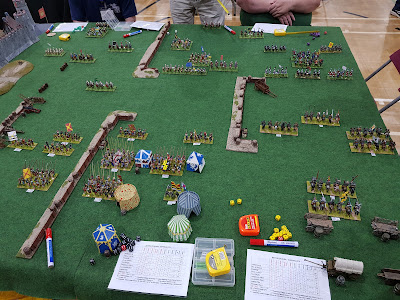 Imperialist gendarmes awaiting their chance to launch themselves at the Ottoman horde.  Due to so apalling dice rolling, the second rank of gendarmes, including the commander, flatly refused to move during the opening moves. 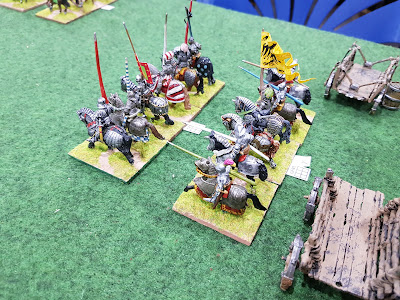 Horse archers and hussars try to take the fight to the enemy, unaware of just how tough the Ottaman Janissaries would prove to be. 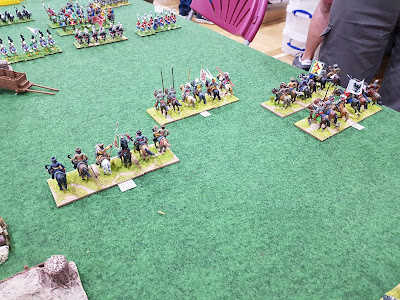 Pike blocks in the Imperial centre. 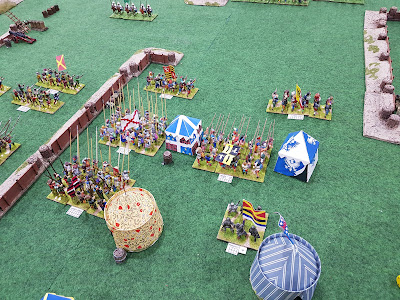 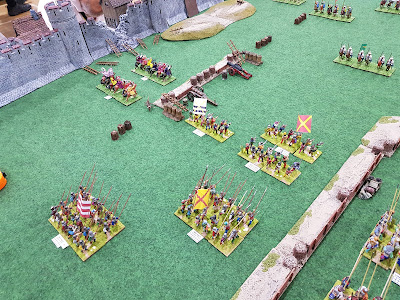 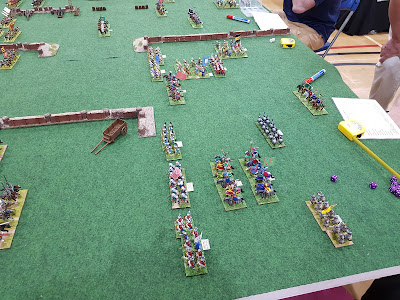 At this point in the game, things hotted up on the right flank and I no longer had the luxury of pausing to take photos.  Cutting a long and sad story short, my gendarmes, hussars and horse archers were no match for the opposing Ottomans and whole units dissolved with little to show in return.  The centre and left flanks fared much better and the Imperialists carried the day there.  It was a fun game, with some interesting challenges, not least the toughness of some of the Turkish troops.  Thanks to Steve and Dave for laying the game on and to Will, Bob and three other players whose names I didn't catch.  Rules are modified Lion Rampant for quick play based on a single playsheet and excellent umpiring by Steve and Dave.