Last Sunday was the Joy of 6 show at Sheffield Hallam University.  We had an early start, crossing the Pennines in the clouds, but descending into a much sunnier Sheffield at 8am.  Set up the table and found a quick bacon bap before 10am opening time.

The table, using the lovely terrain of Richard Phillips. 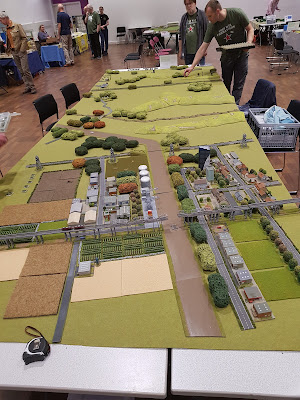 Looking in the opposite direction.  The table at this end was left deliberately open to encourage visitors to roll some dice and get to grips with the rule system for Cold War Commander 2. 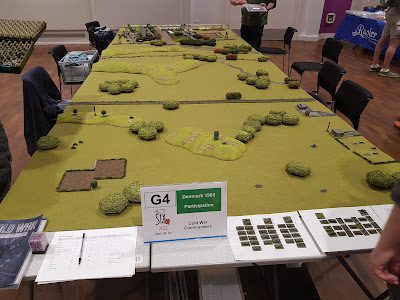 Over on the far left, my British deployed a pair of Lynx attack helicopters and a mixed company/troop of Chieftains and infantry. 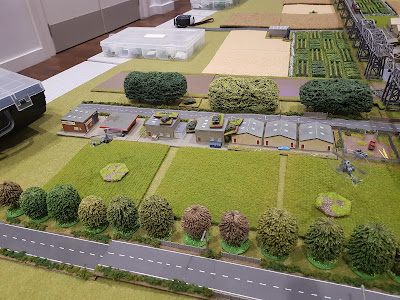 In the centre, another mixed company awaits the Soviet horde. 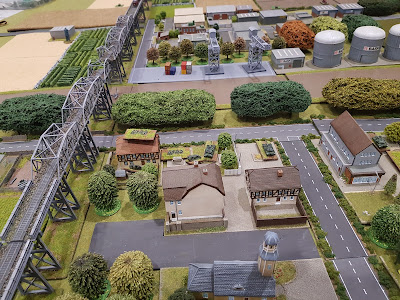 On the right, a Chieftain troop is hiding at the edge of the BUA, ready to deploy into the woods lining the canal when the Soviets get in range. 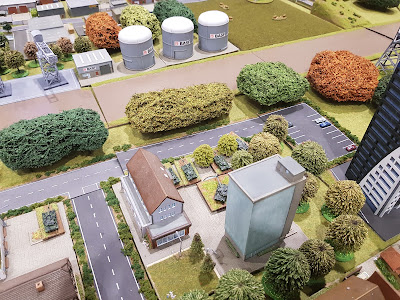 A pair of Milan firing posts at the bend in the canal cover it to left and right.  An engineer depot is set up at the road junction. 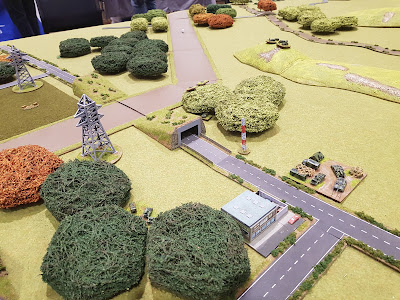 In support three batteries of M109s (actually off table), with a supply dump on the edge of town. 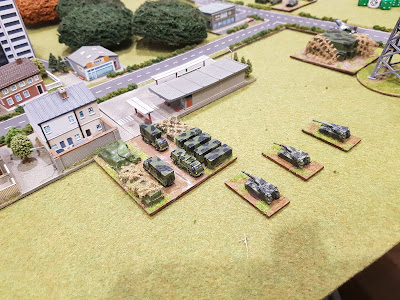 The field hospital is deployed on the edge of town, ready to deal with anticipated casualties. 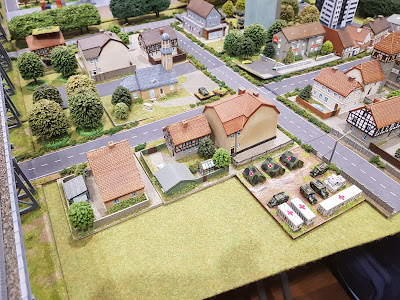 The CO group deployed on the edge of a wood. 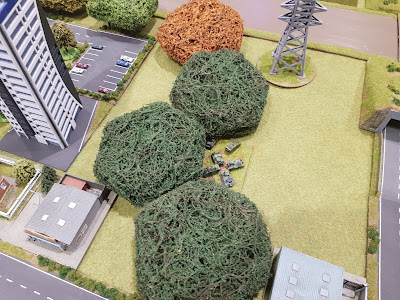 The Harrier hide and resupply area, with a pair of Harrier GR3s about to head off on a mission. 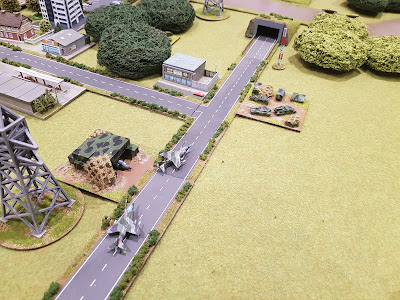 On the far right of the table, an East German tank regiment (bottom) are advancing on a West German mixed tank and infantry battalion group (top). 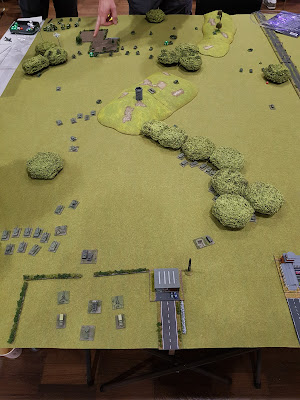 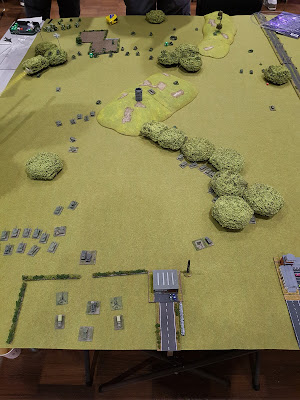 More shots of the Harriers. 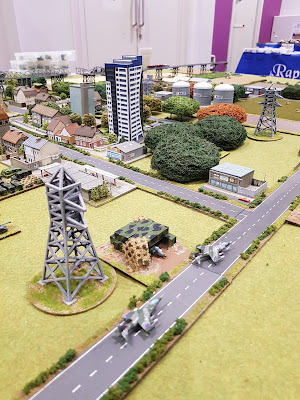 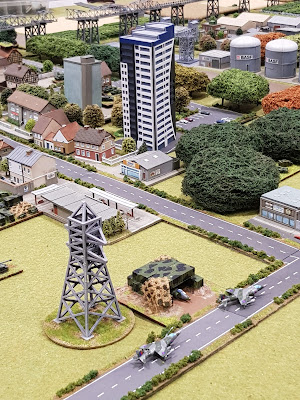 The tunnel mouth, blocked at the far end by concrete obstacles, behind which a British Scimitar recce sits observing the oncoming Soviets. 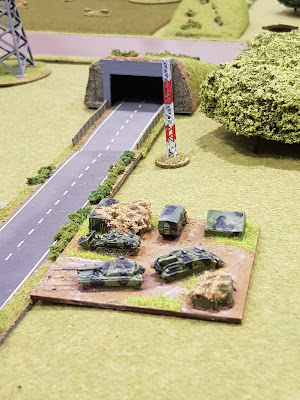 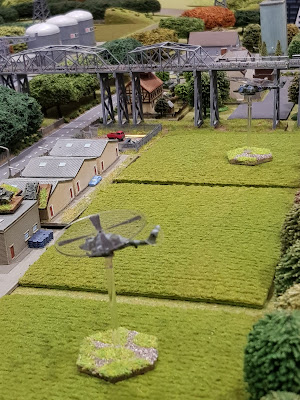 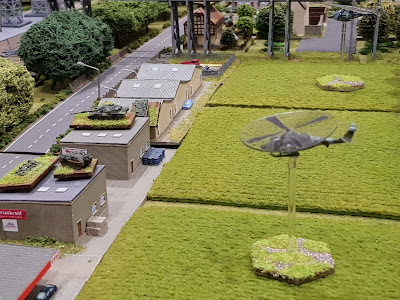 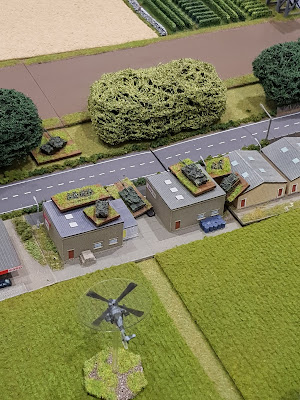 Not a lot of action at this end of the table.  The Soviet player was deterred by the high density of terrain, which would have greatly slowed his progress.  Instead, we spent a lot of time chatting with visitors to the table about cold war gaming, the rules specifically and the models and terrain making (referring most to Richard Phillips on the Scotia stand for his modelling tips).
All in all a fun day.  Nice to catch up with Heroics and Ros and Andy and Ian looked to be busy, but still have time for a chat, and it was great to see all the old favorites from the 6mm trader world, although it was a pity Leven Miniatures didn't manage to attend.
My own haul for the day was some Battlegroup chits, a pair of Skyraiders and another pair of Thunderchiefs, aircraft weapons loads for Soviets and NATO, a couple of Battlescale buildings and a book on painting miniatures for WW2 desert forces.  Quite restrained really.
Thanks for looking.