20mm US infantry for Vietnam

Pre-pandemic, I made a trip to one of the Penkridge table sales, where I picked up a box of under coated US infantry for Vietnam, based on pennies.  I'm running a 15mm Vietnam game at the end of the month and this inspired me to take a look at these.  The deal was sealed when I bought a box of Warlord Waffen SS figures and came across the excellent Paint all the minis 28mm Vietnam tutorial, so thought I'd try out the method on these slightly smaller scale minis.
I did one test figure and then batches of five, completing one batch a day with around 90 minutes working time per batch, excluding drying time.
Test figure rear left and first batch of 5. 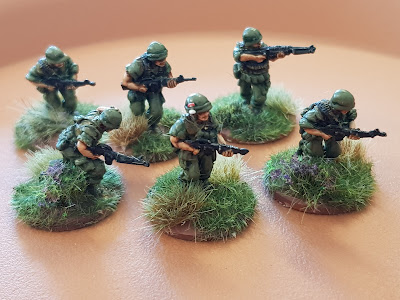 Some command types and an M60 gunner. 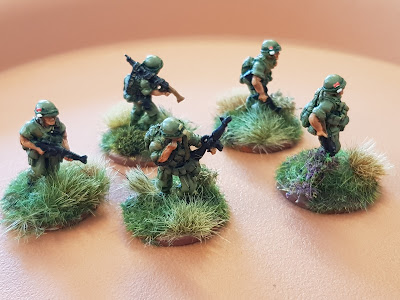 Scout in soft hat and more command plus an M79 Blooper grenadier. 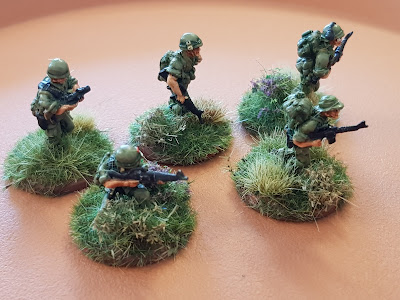 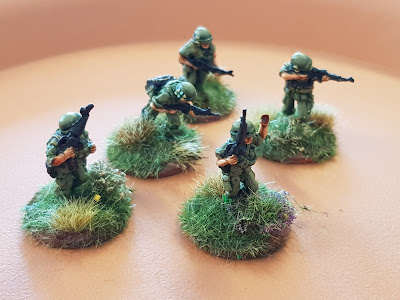 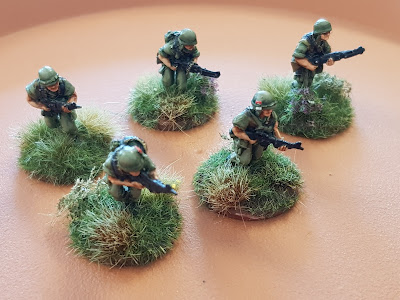 Some figures I particularly liked.

M16 trooper holding helmet on, either under fire or in the down draft of a helo. 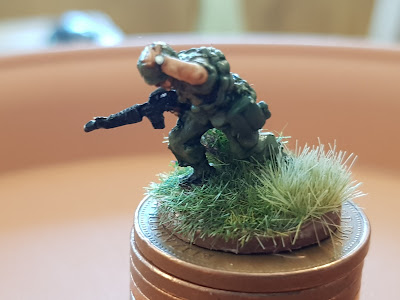 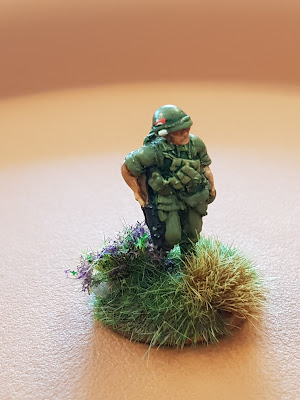 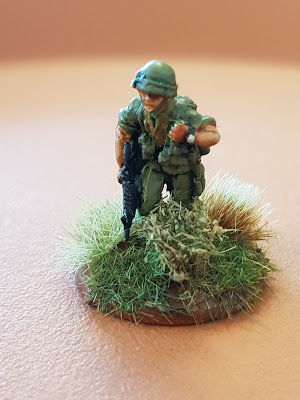 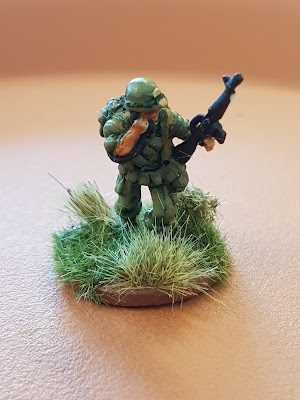 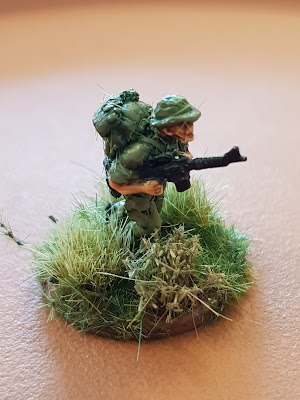 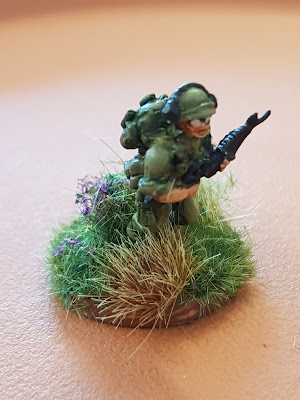 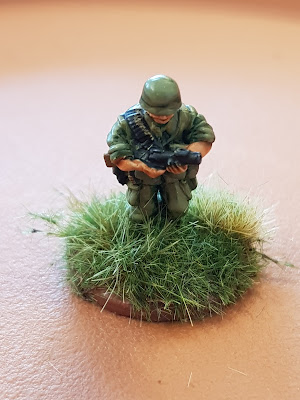 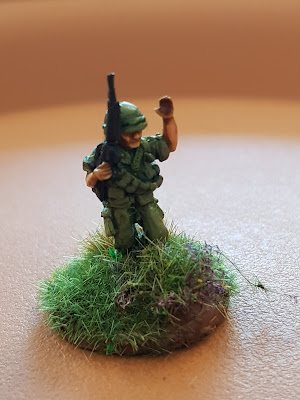 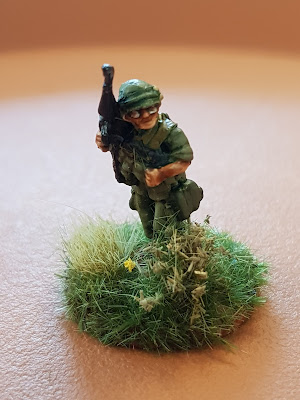 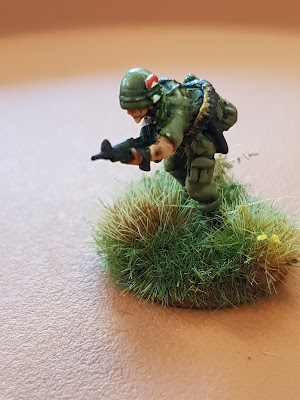 Nice sculpts, I have about 80 in total, so more to come.  I'll paint up at least enough for a USMC platoon in this batch, which should also cover most Army units as well.  Basing is a mixture of tufts and green static grass, which gives a nice luxuriant base to the figures.