I bought these as a job lot from Ian at the Defenders club a couple of years back.  I spruced up the existing paint job so they fit in with the rest of my troops.  As is the norm for Battlegroup platoons, these guys are organised with a six man command team at the front, followed by three 3 man MG34 teams and three 5 man rifle sections.  I have no idea off the original manufacturer, so if anyone recognises them, I'd love to know if they are still available (as StevenC points out below, they are Platoon20 figures, currently available through East Riding Miniatures). 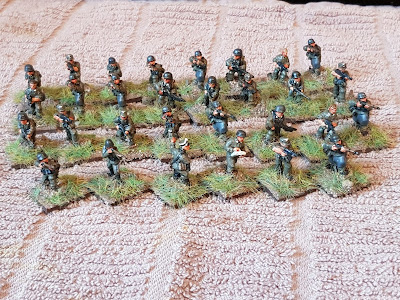 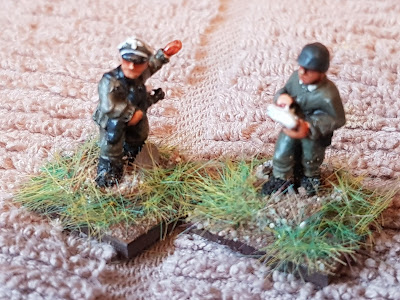 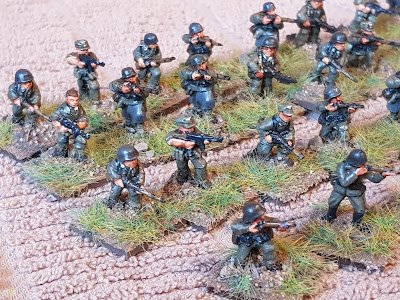 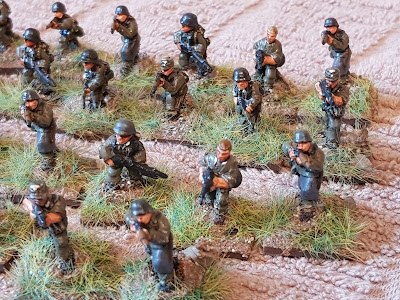 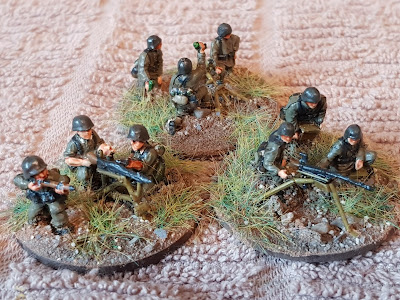 These guys seem to be from the same range as the metal figures. 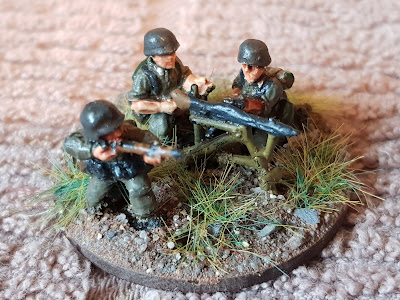 These guys are from the Armourfast German MG set. 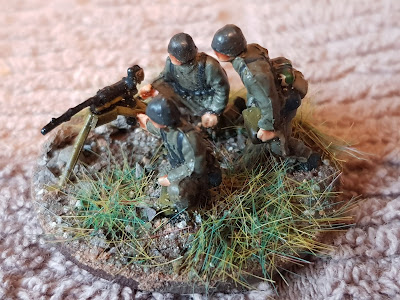 These guys are from the Armourfast Mortar set. 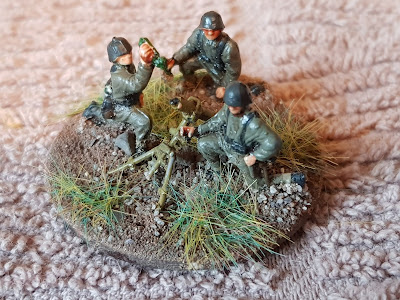 Both Armourfast teams were gifts from Ian, repainted to match better with my other forces.