All are from Raventhorpe, a captured 75mm ex-French field gun - as shown in the Rapid-fire D-day supplement, with three German artillery crew, an officer in field cap and a more senior officer in fur trimmed coat. 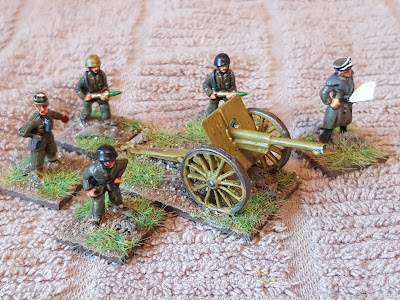 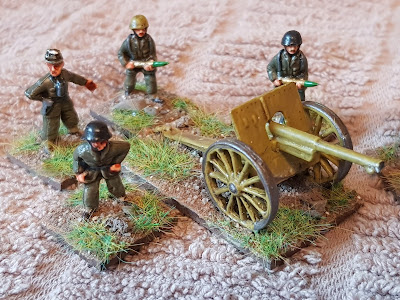 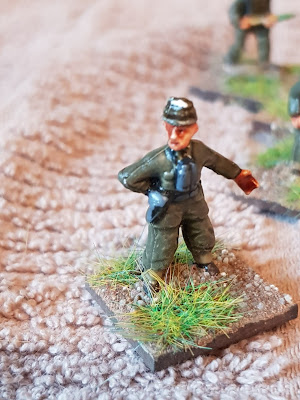 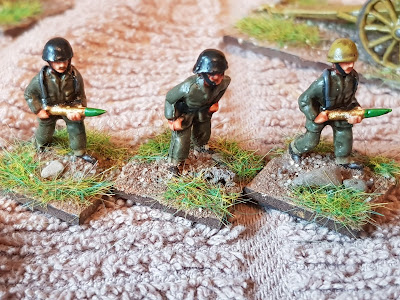 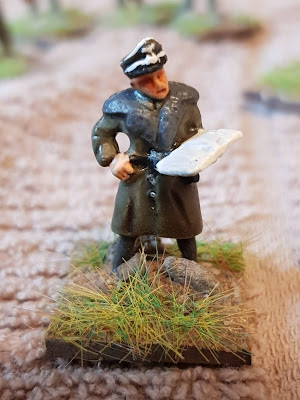 I might have to give him a Knight's Cross ribbon to provide a splash of colour and better fit his rank. 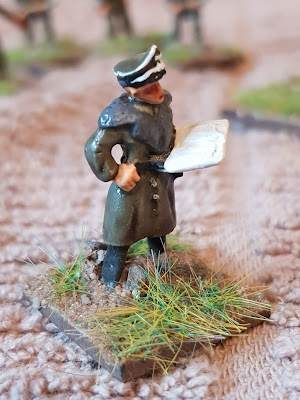 Nice figures, probably best used in an open emplacement firing direct onto the D-day landing beaches as per the R-F D-day supplement.
Thanks for looking.