Last year, I acquired the 15mm desert war British collection of a former club member, Mike Yates, who had sadly passed away.  With 3D printing opening up the possibility of adding lots of additional kit, I have added a pair of Bishop self propelled 25lbr guns, painted in the dark sand and black grey scheme of relatively late vehicles in North Africa.  I washed them in Agrax earthshade to dirty them up and then dry brushed Iraqi sand to simulate dust - I may move to deck tan for dust effects on desert vehicles in future (or at least give it a try). 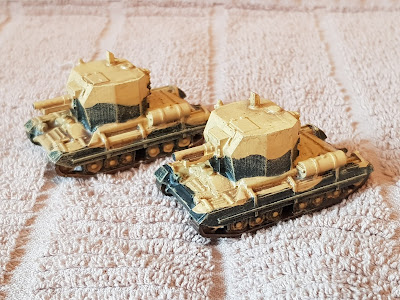 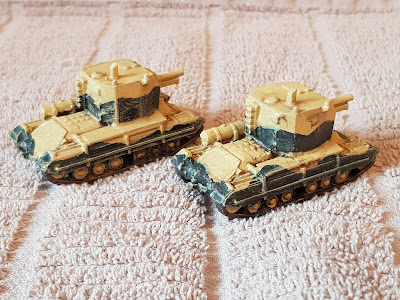 I also realised Mike hadn't had chance to add any Dingos to his force, so I remedied that with these three little models, crewed by FoW British tank crew half figures (courtesy of Ian). 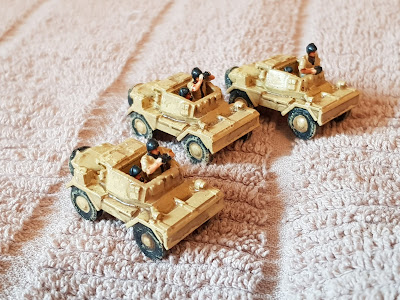 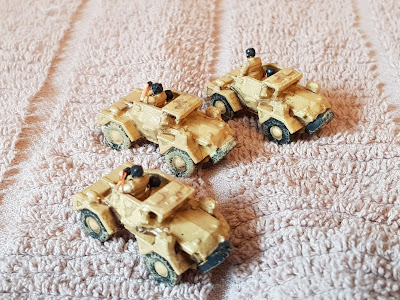 The Stuart M3 "Honeys" were also not well represented, so I printed a three tank platoon finished in dark sand, washed in Agrax earthshade and dry brushed Iraqi sand (same as the Dingos). 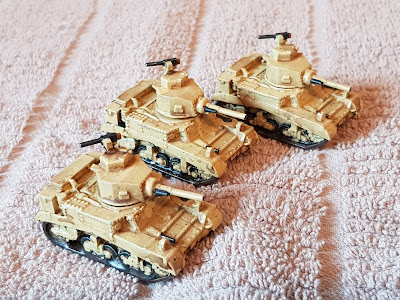 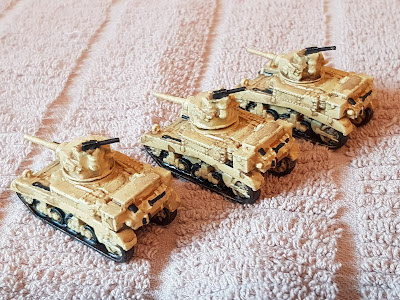 I wasn't too pleased with the way the rear stowage box and tools strapped to the box had printed out, but managed to pick out enough detail to make up for the deficiencies with paint.
I also wanted some Comets for BG Fall of the Reich, so printed off these.  I've added some 3D printed canvas rolls/tarps. 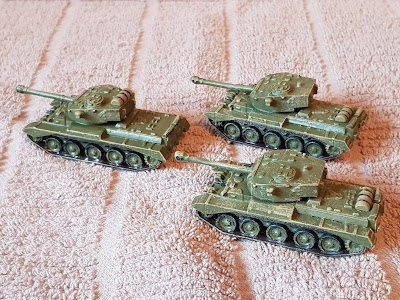 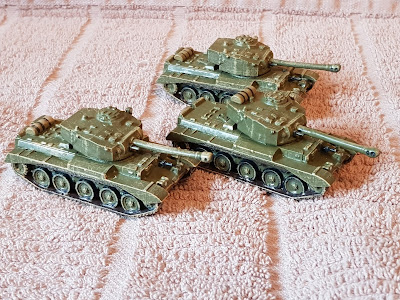 All the models need decals, but they are table-ready as needed.