Several years ago, I bought a bag of Late Roman cavalry from a friend at the club.  Finally, the armored versions made it on to the painting table.  Troopers and horses appear to be Gripping Beast metals (thanks for feedback in the comments), but I cant find a source for the chap in cloak that I'm using as the signifer.  Spears are from various Gripping Beast plastics, as too is the labarum. 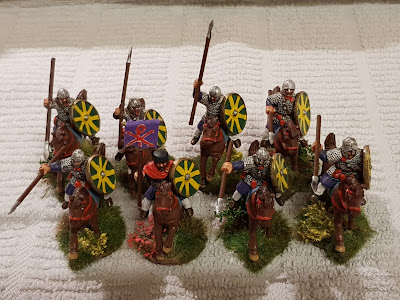 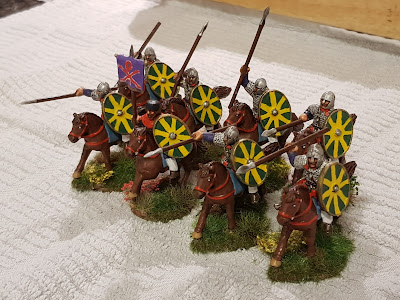 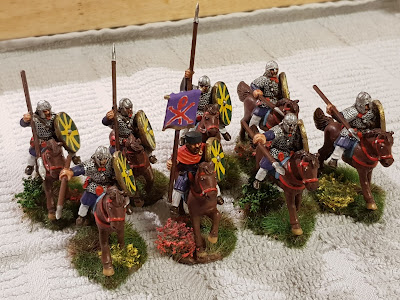 The signifer with hand painted labarum showing the chiro symbol.  It has never occurred to me before that churches carry religious icons based on third century Roman military rallying signs. 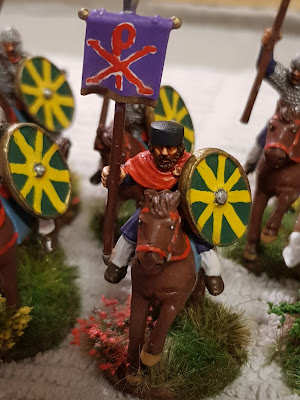 Some of the troopers - a tough looking bunch, hopefully. 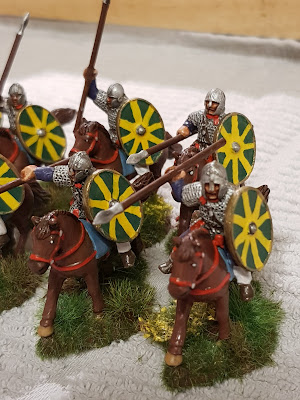 So, plans are afoot for more cavalry (the unarmored figures I bought alongside these), infantry (at least two more Gripping Beast boxes), limitani/foederati using GB dark age warriors and a box of the GB cataphracts.  I also have a crazy idea to use the Victrix war elephants with a suitable Late Roman crew.
Thanks for looking.