I meant to post these pictures at the end of September, but real life got in the way.

Saga and Warhammer Ancient Battles (WAB) seem to have emerged as a focus of interest at the club, with several members building up Dark Ages forces.  I already had the basics of a 4pt Saga Late Roman force, so have beefed it up with some additional forces to a 6+ Saga force, which will provide the core of a WAB force in due course. 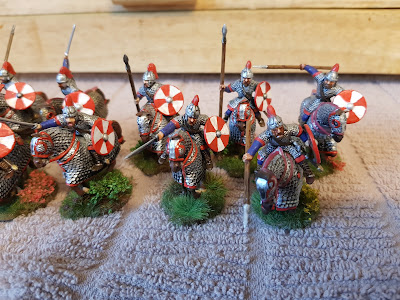 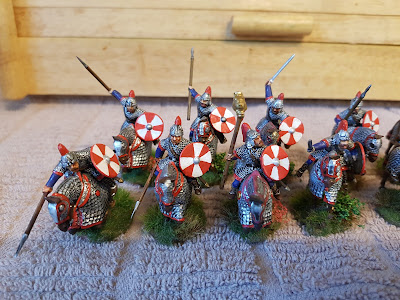 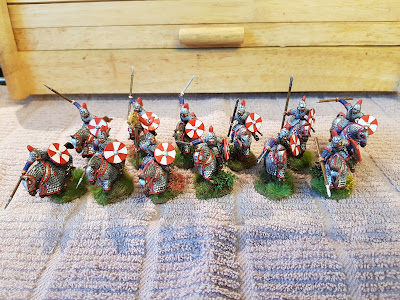 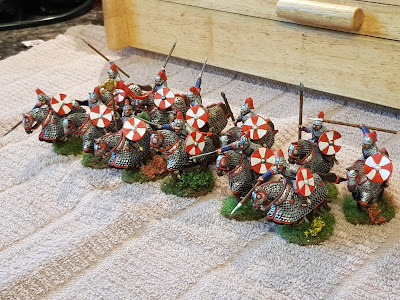 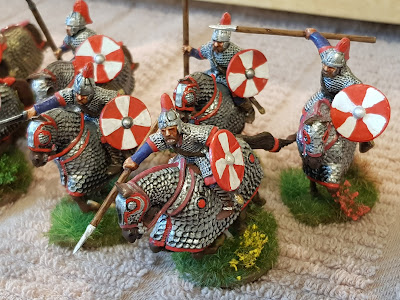 A pack of 12 light cavalry, armed with assorted bows and javelins.  I could use these as 1x12 Levy or an 8x12 Warrior unit with some spares. 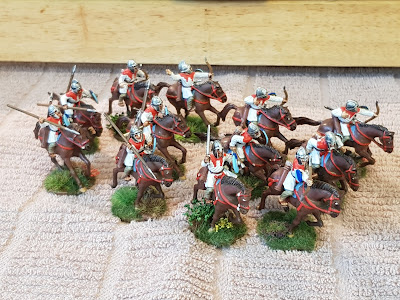 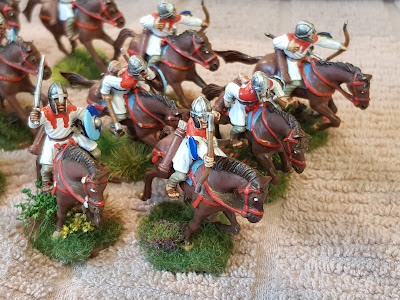 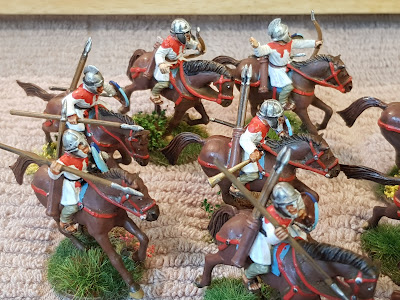 More detail on a couple of the figures. 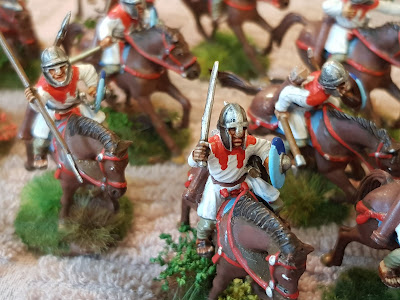 A unit of armored pedites, 1x8 Warriors or 2x4 Hearthguard. 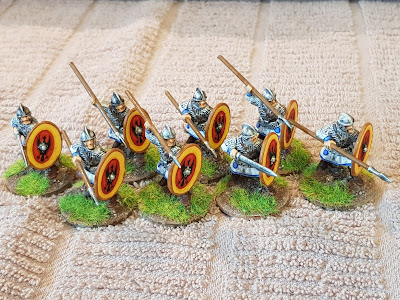 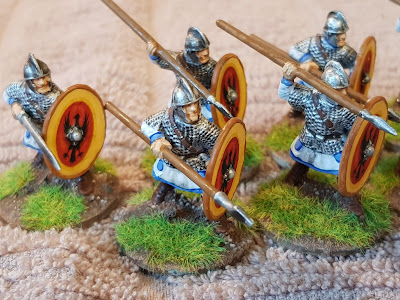 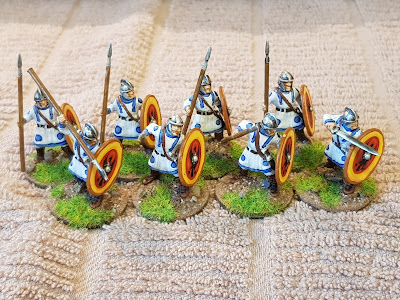 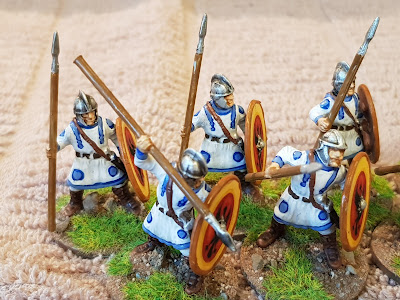 A unit of sagittarii, 1x8 Warriors. 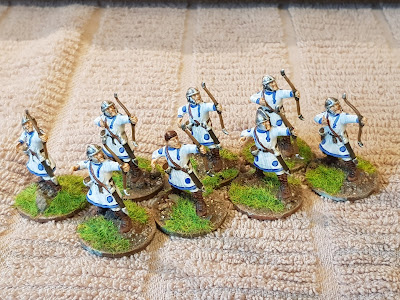 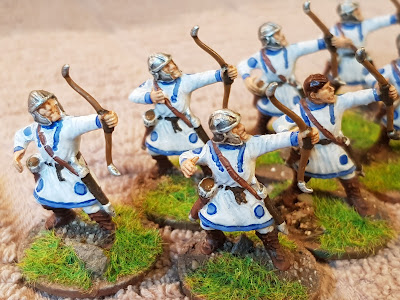 Another unit of sagittarii, 1x8 Warriors. 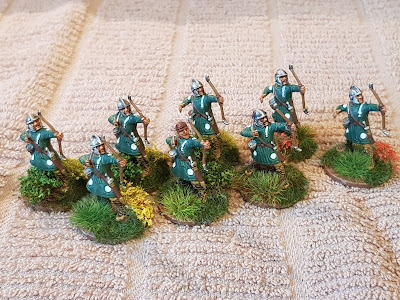 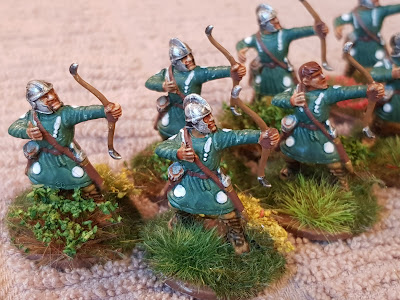 A unit or unarmored pedites, 1x8 Warriors, in vermillion tunics. 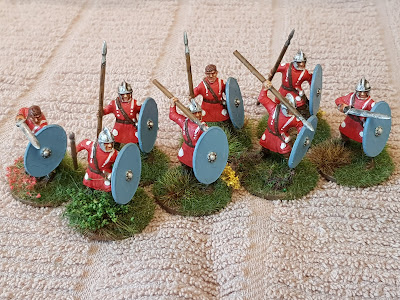 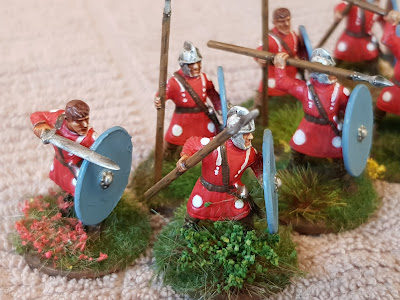 A foot command group of general (Warlord) with a signifer/draconarius and cornicen. 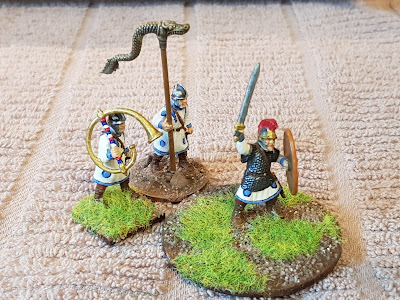 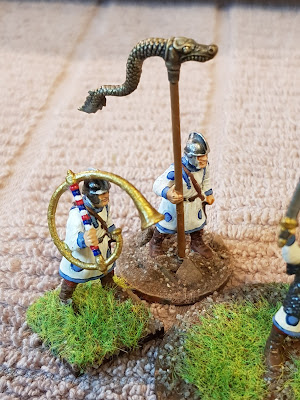 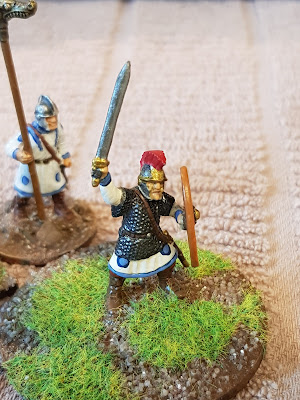 Next steps are to finish painting up two units of heavy shock cavalry and I have a second box of the Gripping Beast plastics infantry to double the size of the infantry units - although I will need another box as each unit is likely to need at least 24 figures for WAB, possibly more.  I also plan to make up some Limitani using the Dark Age Warriors plastics set and will add a box of Cataphractoi at an upcoming show.  Might even try to convert the Victrix African war elephants for use by a Late Roman army.  Oh, and some bolt throwers will come in handy.